Giacomo Raspadori, who scored the winner against England on Friday, poked the ball home after Wilfried Gnonto had pounced on a poor Hungarian back pass to give Italy the lead in the 27th minute 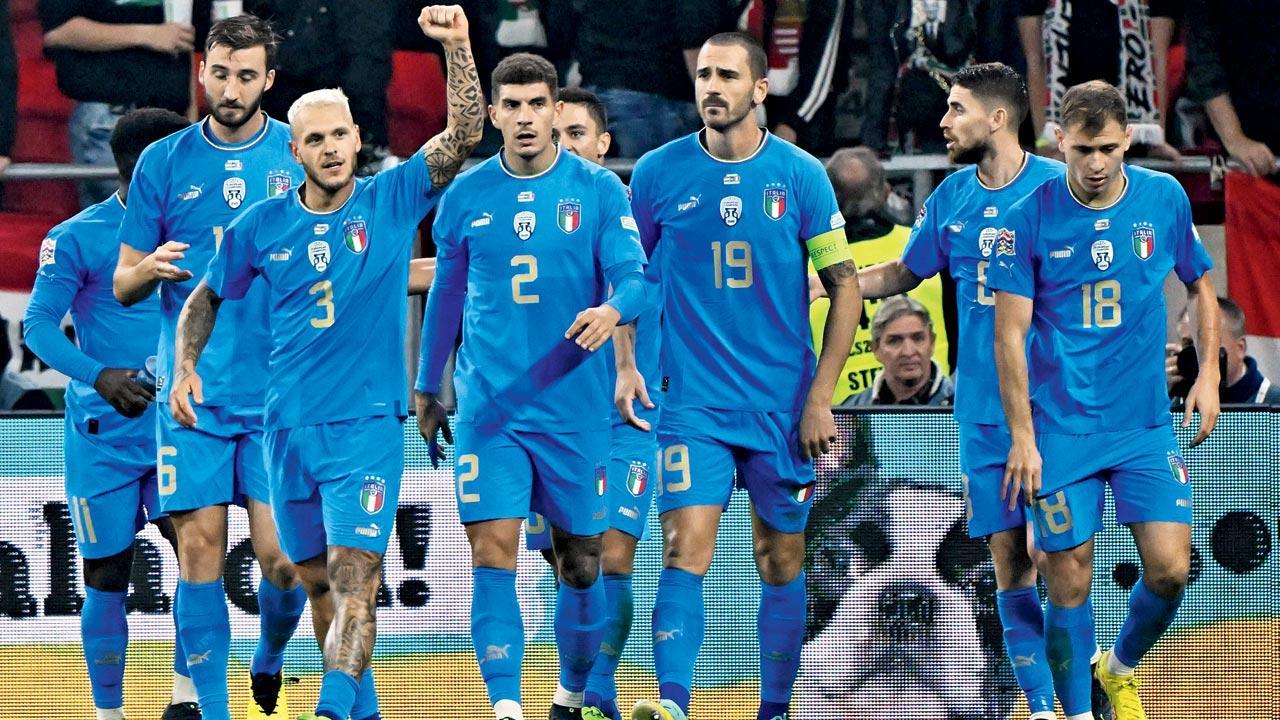 
Italy, who will miss a second consecutive World Cup, again found consolation in Europe as they won 2-0 in Budapest on Monday to edge Hungary for first place in their Nations League group.

Giacomo Raspadori, who scored the winner against England on Friday, poked the ball home after Wilfried Gnonto had pounced on a poor Hungarian back pass to give Italy the lead in the 27th minute. “We needed these matches to restore enthusiasm, even if the World Cup remains an open wound and we can not go back,” said Italy goalkeeper Gianluigi Donnarumma. “We have to start again, we have to do it for all of Italy.”

Hungary, who started the final round of games top of Group A3, fought hard but Donnarumma made two miraculous saves in quick succession in the 50th minute from Loic Nego and Adam Szalai.

Two minutes later, Federico Dimarco met a Bryan Cristante cross at the back post to smash in his first international goal and Italy’s 1,500th. Donnarumma produced another outstanding to keep out a header from Callum Styles (55th). Italy held on to follow the Netherlands and Croatia into the Nations League final four scheduled for June 2023.

“We were excellent for 70 minutes, the last 20 I didn’t like too much,” said Italy coach Roberto Mancini. “We’re happy, it’s important to have reached the Nations League final four for the second time.”

Spain or Portugal meet on Tuesday to decide the last ticket for a chance to succeed France as champion. Italy, who fell to a low point in March, less than a year after their Euro 2020 title, when they failed to qualify for the World Cup, have a another European final tournament to look forward to.