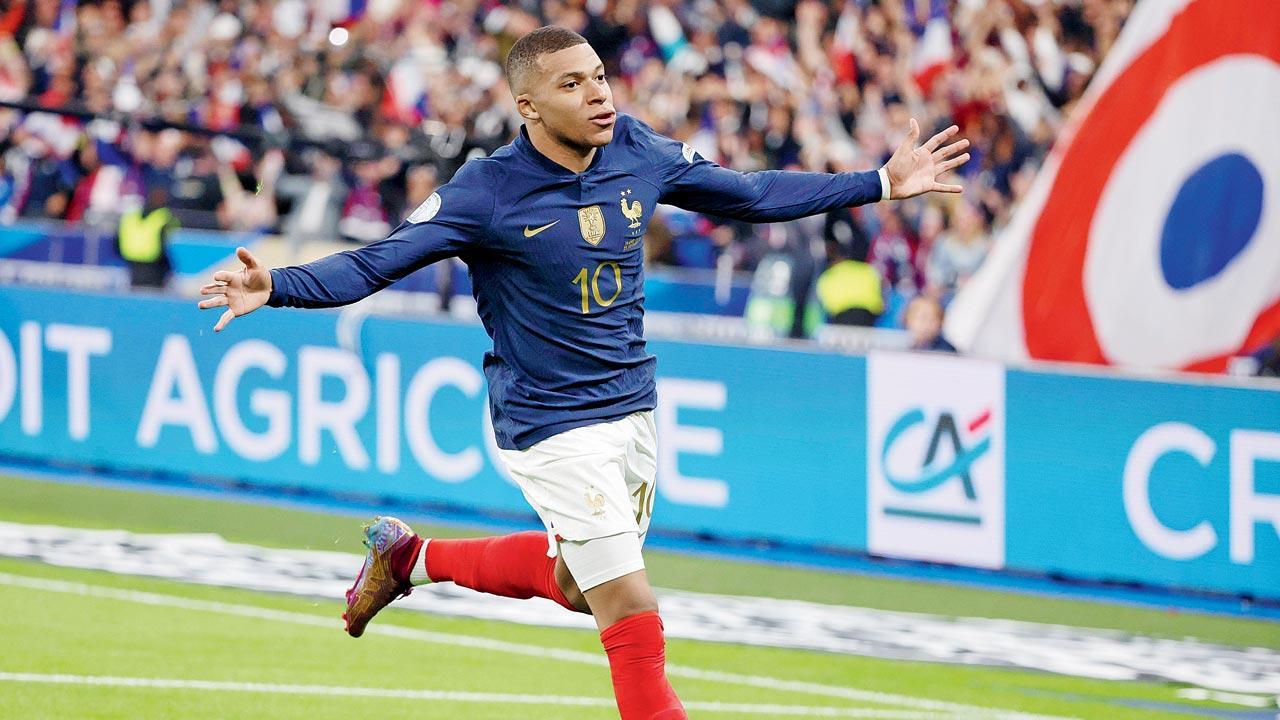 
Kylian Mbappe scored a stunning opening goal as France shook off injuries to a host of key players and a series of off-field issues to claim a welcome 2-0 win over Austria in the UEFA Nations League in Paris on Thursday.

Mbappe showcased his phenomenal pace and strength on the way before finishing emphatically to put the reigning world champions ahead in the 56th minute at the Stade de France.

The recalled Olivier Giroud doubled their lead nine minutes later as France ran out deserved winners to stave off the threat of relegation from the top tier of the Nations League, a competition they won just last year.

“We did what we needed to do to get this victory. We created a lot of chances and controlled the match better. There are lots of positives to take from the game,” said coach Didier Deschamps, whose side still need to win their last group encounter away against Denmark on Sunday to be certain of avoiding relegation.

Croatia leapfrogged Denmark at the top of Group 1 by one point after beating the Danes 2-1 in Zagreb with goals from left back Borna Sosa in the 49th minute and midfielder Lovro Majer in the 79th, two minutes after Christian Eriksen’s equaliser.

The Netherlands won 2-0 in Poland with Cody Gakpo putting the Dutch ahead in the 13th minute and fellow forward Steven Bergwijn curling the second home in the 60th.

Also Read: Roberto Mancini not worried despite injury crisis ahead of England tie

Belgium beat Wales 2-1 at home with standout midfielder Kevin De Bruyne and forward Michy Batshuayi scoring in the first half. Striker Kieffer Moore pulled a goal back shortly after the break for Wales, who are in last place and three points behind Poland.