Erik ten Hag pleaded for time after starting his Manchester United reign with a disappointing loss. Erling Haaland didn't need much time at all to show what kind of impact he will have at Manchester City 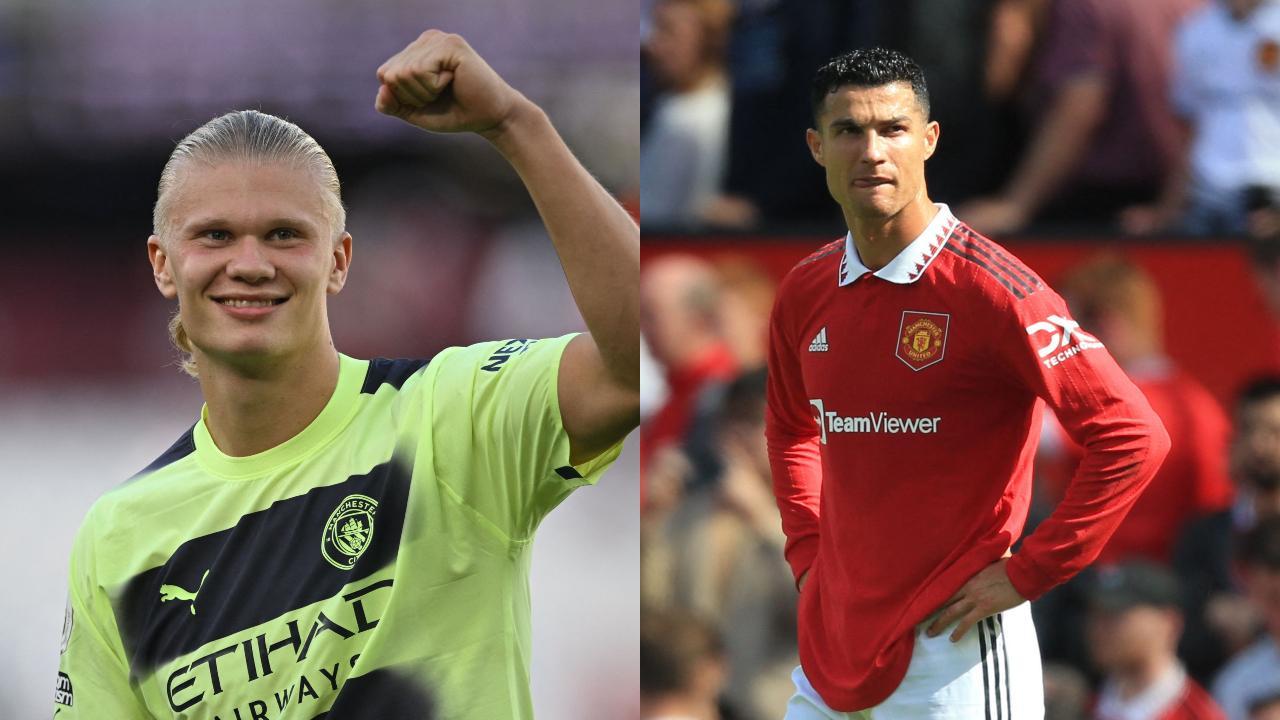 
Erik ten Hag pleaded for time after starting his Manchester United reign with a disappointing loss. Erling Haaland didn't need much time at all to show what kind of impact he will have at Manchester City. The two biggest offseason arrivals in Manchester had starkly different starts to the Premier League season on Sunday.
Ten Hag looked grim-faced on the sideline as the Dutch coach watched United slump to a 2-1 loss to Brighton at Old Trafford, with his side being outplayed in the first half before a second-half rally came up short.

Haaland scored twice to lead Man City to a 2-0 win at West Ham, netting from the penalty spot in the first half then adding a clinical finish in the second. Ten Hag was brought in by United to help close the gap to its crosstown rival, having finished 35 points behind champion Man City in the league last season. If anything, the gap seems to have only grown, thanks largely to Haaland. The Norway striker was recruited by City to provide a clear focal point to the team's attack, with Pep Guardiola having spent much of last season playing without a recognized striker. And the towering Haaland, who scored 86 goals in 89 games during his three seasons at Borussia Dortmund to establish himself as one of the most-wanted players in Europe, will clearly add yet another dimension to a team that still led the league in scoring last season with 99 goals.

"We didn't have any doubt. When a guy has scored goals since he was born, why should he not score here?" Guardiola said of Haaland's debut performance. United fans, meanwhile, are still waiting to see what kind of impact Ten Hag will have after a dispiriting performance against Brighton that showed that many of the team's old weaknesses still remain. "Definitely a setback, a real disappointment," Ten Hag said. "I knew from the start it will not be easy. And it's a process, it takes time. But you don't have time, we have to win games. We should have done better." Pascal Gross scored twice in the first half to put Brighton in control and United looked toothless and short of ideas until Cristiano Ronaldo came off the bench early in the second half. With Ronaldo giving the attack a spark, United pulled one back through an own-goal by Alexis Mac Allister after goalkeeper Robert Sanchez failed to punch away a corner.

United's players were booed off the field by the home fans after a performance that dispelled any notion that Ten Hag could provide an instant fix to the many issues that plagued the team last season. If there was an issue that City needed to fix, Haaland seems to have provided the answer. Haaland showed his speed to accelerate away from two defenders as he ran onto a pass into the box from Ilkay Gundogan and was brought down by goalkeeper Alphonse Areola as they vied for the ball. He calmly dispatched the penalty by sidefooting into the left corner in the 36th minute and then sat down cross-legged in a meditative pose, his trademark goal celebration that could become a frequent sight in the Premier League. The second goal came in the 65th, when the Norwegian timed his run perfectly to meet a through ball from Kevin de Bruyne and then used his left foot to slot the ball inside the far corner.

Haaland, whose father Alfie is also a former Man City player and was in the stands Sunday, is already looking right at home in the Premier League, although he still has a bit to learn about which words he can use on TV in Britain. His post-game interview on Sky Sports had to be bleeped twice because of expletives. "It's a big moment for me, debuting in this competition," Haaland said. After Liverpool was held to a draw by Fulham on Saturday, City sent an early warning that it remains the team to beat in England. And with Haaland up front, it will be even more difficult to wrest the title away from Guardiola's team. "The way we are going to play is not going to change much (because of Haaland)," Guardiola said. "We are going to adapt. We know now we have a threat there. He is an incredible deep runner and especially is a good finisher. ... And we are going to find him more and more and more. And hopefully we can give him the opportunity to score goals."

BRENTFORD RALLIES
Brentford came from two goals down to earn a 2-2 draw at Leicester after substitute Josh Dasilva equalized with a curling strike in the 86th minute. Leicester had dominated much of the game and took a well-deserved 2-0 lead after goals in each half from Timothy Castagne and Kiernan Dewsbury-Hall before Ivan Toney pulled one back in the 62nd minute. And in the closing stages, Dasilva slammed home a shot from the edge of the penalty area to equalize after cutting inside on to his left foot.