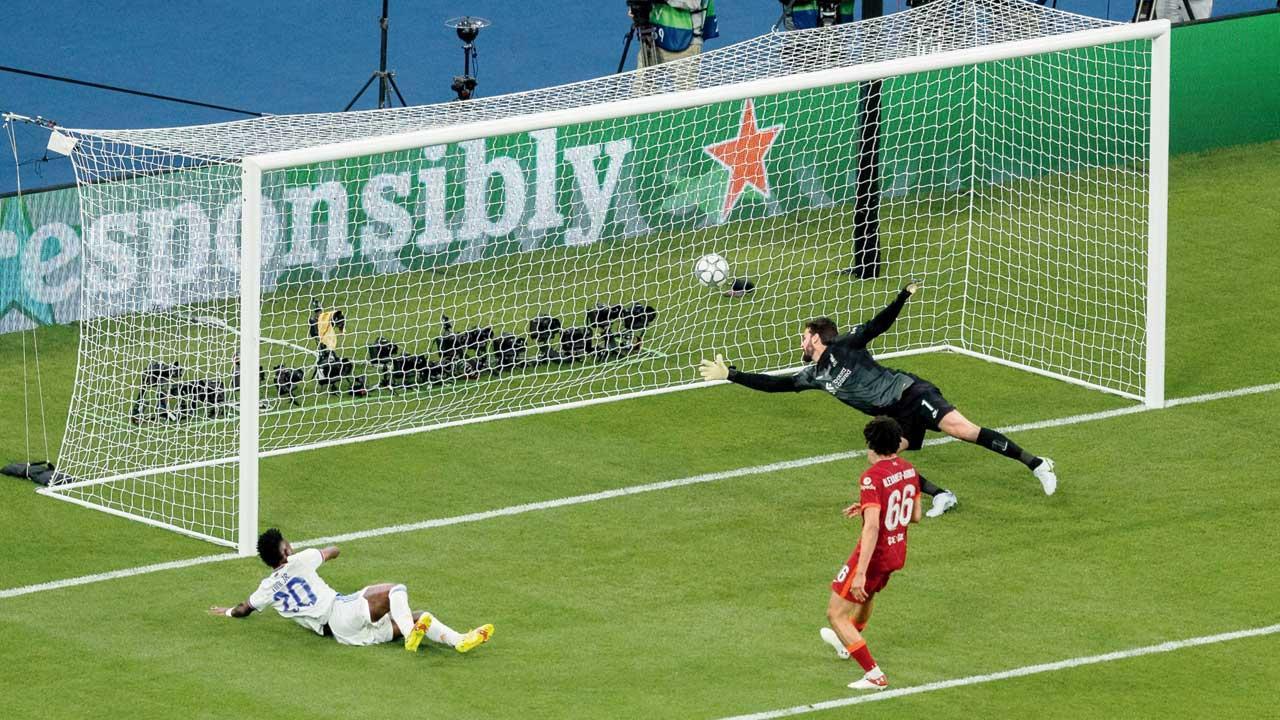 
Real Madrid claimed a record extending 14th European Cup as Vinicius Junior’s goal saw them beat Liverpool 1-0 in the Champions League final at the Stade de France amid chaotic scenes on Saturday night after kick-off was delayed by over half an hour due to crowd trouble at the entrance.

Brazilian winger Vinicius turned in Fede Valverde’s enticing low cross in the 59th minute at the Stade de France and Liverpool could not find an equaliser as Jurgen Klopp’s side lost to the Spanish giants in a Champions League final for the second time in five seasons.

This was Real’s fifth Champions League in nine seasons to go with their Spanish title, as manager Carlo Ancelotti became the first coach to win European club football’s greatest prize for a fourth time. Ancelotti was also in charge of Real when they won the 2014 final having also triumphed with AC Milan in 2003 and in 2007, the latter victory coming against Liverpool.

Liverpool meanwhile, will wonder what might have been had Real Madrid custodian Thibaut Courtois not pushed Sadio Mane’s shot onto the inside of a post when they were on top in the first half, as they fell short of a trophy treble.

Courtois was superb, flying to his right to keep out a Salah curler before two saves in quick succession late on. First the Belgian got down low when substitute Diogo Jota deflected Salah’s effort towards goal, and then he produced a strong arm to turn a Salah strike behind. Liverpool manager Jurgen Klopp was all praise for Courtois. “When a goalkeeper is man of the match you know something is going wrong for the other team,” admitted Klopp ruefully.

Vinicius Junior may have got the only goal on the night, but Real’s victory would not have been possible without Courtois, 30, who made a total of nine saves, including two big ones—one against Salah and the other against Mane.

Ancelotti said Real got their tactics spot on: “It was a difficult game and we suffered a lot, more so in the first half. Perhaps our football wasn’t extraordinarily beautiful tonight on an aesthetic level, but playing out from the back to incentivise their pressing wasn’t a great idea.

“We had a few more long balls, then when their press in our half of the pitch lessened, we got to control the ball more especially in the second half.”