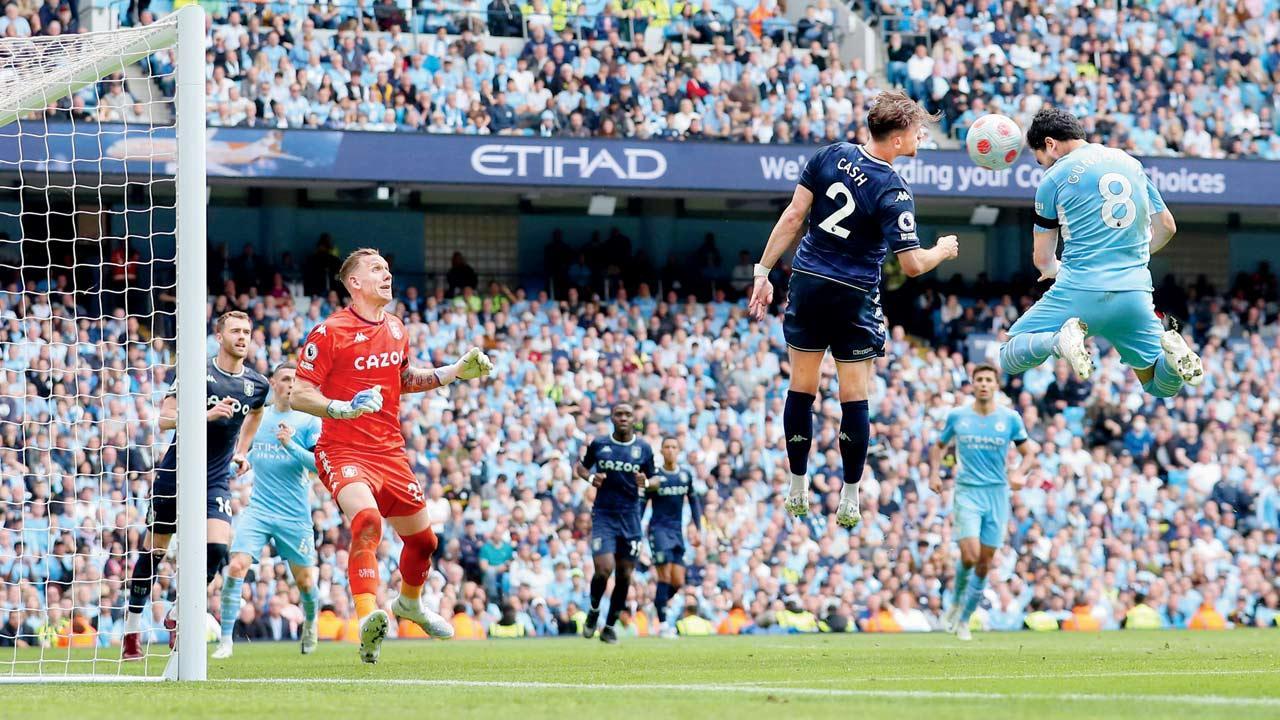 
Ilkay Gundogan hailed Manchester City’s “incredible” Premier League title triumph as the German midfielder came off the bench to spark their astonishing fightback to beat Aston Villa 3-2 on the last day of the season. Pep Guardiola’s side were in grave danger of blowing the title after falling two goals behind at the Etihad Stadium, with a victory required to be sure of pipping Liverpool to the trophy. But German international Gundogan proved City’s super-sub as he headed home to give them a lifeline in the 76th minute. After Rodri equalised, it was Gundogan who wrote his name into City’s history books with the 81st minute winner from Kevin De Bruyne’s cross. 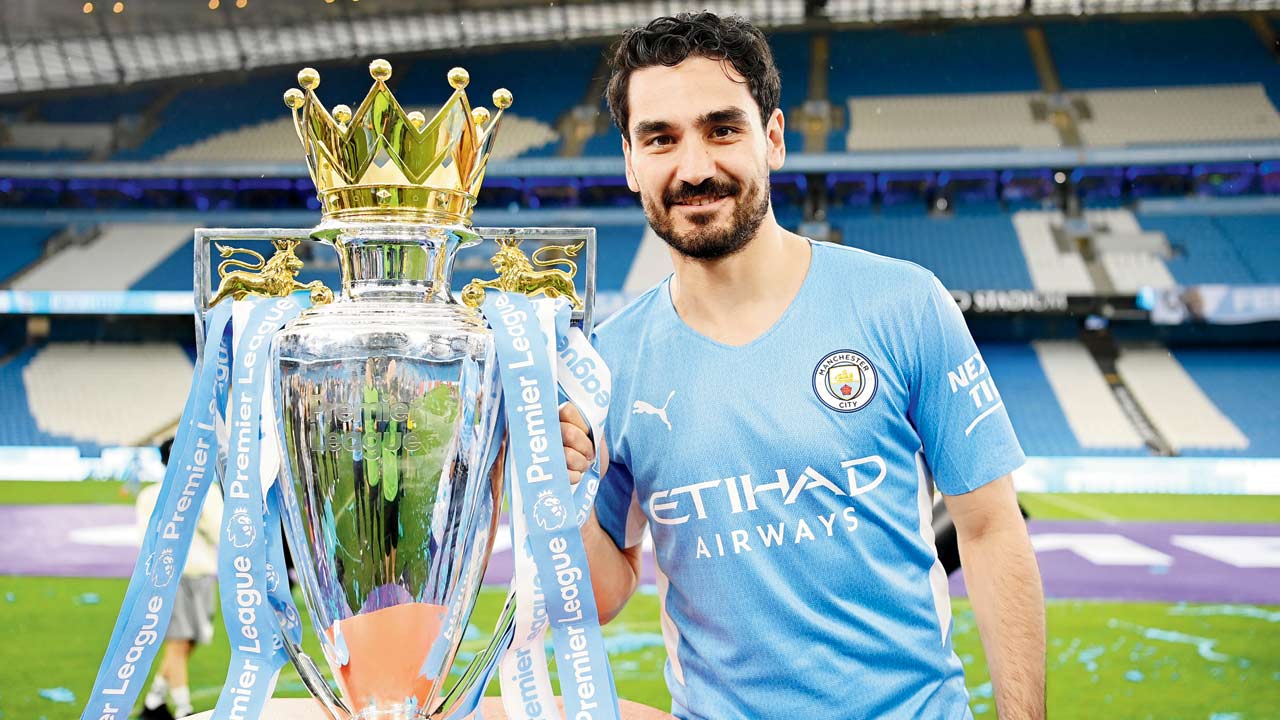 Ilkay Guendogan with the English Premiership trophy on Sunday

City finished just one point ahead of Liverpool, who beat Wolves 3-1 in their last game, and Gundogan admitted he was almost lost for words after the dramatic denouement. “It was an unbelievable game,” Gundogan said.  “We are human beings and after going 2-0 down the chances were just very, very small. But we had to do the simple things and scoring two goals quickly and then having 10 minutes to score the third one gave us the right lift. It was about getting that goal and then the momentum was on our side then we were able to score three goals in just a few minutes. These are the days you look back to, it was an unbelievable game.”

City midfielder De Bruyne was at his best when his side needed him most, but the Premier League’s Player of the Season admitted he was starting to panic as time ticked away. “We tried to stay as calm as possible, but at times there was some panic, maybe a couple of times. It’s normal in this situation. It’s so different,” De Bruyne said.

Next Story : Story of my life: Jurgen Klopp on Liverpool’s second-place finish