This year's Wisden India Almanack raises an apt toast to the grand ladies of Indian cricket; other achievers and BCCI's strange ways have also been highlighted 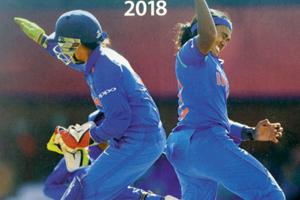 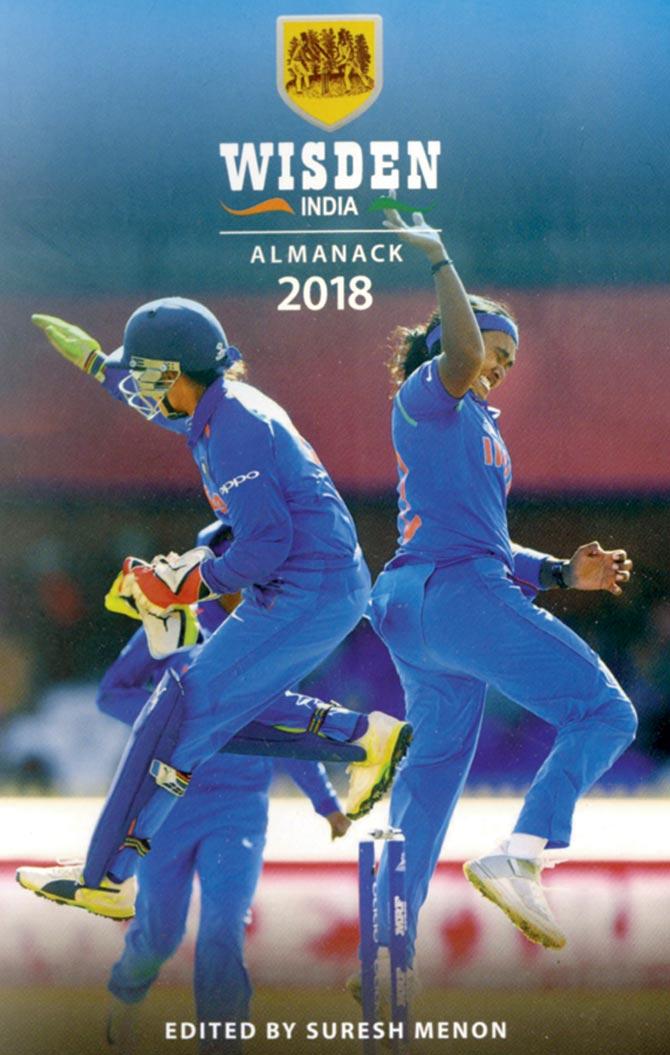 Women's cricket never had it so good. We are not only referring to the upsurge the game has witnessed through the effort of the likes of Mithali Raj and Harmanpreet Kaur. It's also for the first time that women cricketers got featured on the cover of the 2018 editions of Wisden India Almanack (two Indian players celebrating a wicket in the 2017 World Cup semi-final against Australia) and Wisden Cricketers' Almanack (Anya Shrubsole), published in the United Kingdom.

Wisden India's wholesome coverage of the tireless, committed and spirited Indian ladies is merited and pleasing. Edition Six of the blue Almanack is a delectable dish for cricket lovers although the hardcore statistics-inclined ones would have liked to see space given to scorecards of domestic matches at the cost of an array of pieces.
Here is a curated set of gems from the Almanack: 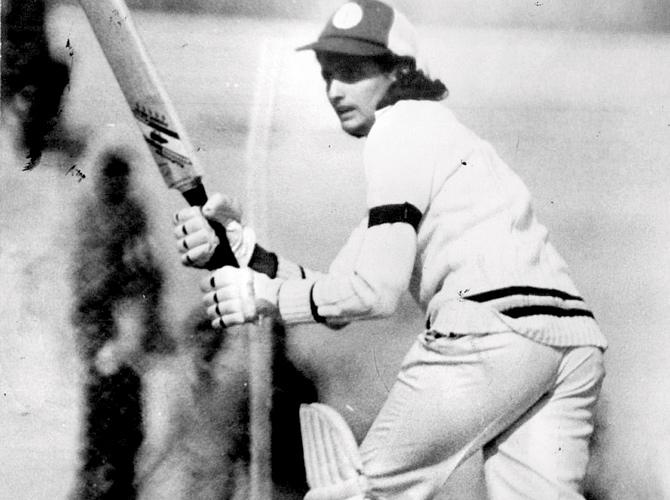 Shantha, the brave one
West Indian great Malcolm Marshall was not the only one to bat with a plastered hand at Leeds in 1984. Thanks to former India women's captain Mamatha Maben, some of us now learn that Shantha Rangaswamy did so too.

In her piece on Rangaswamy for the Hall of Fame section, Maben recalls the brave cricketer batting with her hand in a cast and slamming a six in a domestic game for South Zone. "It was something she did often: carry the burden of the team. Those days, the first two wickets would invariably fall early. V Kalpana, the former India player, would be around mostly, but Shantha generally walked into a crisis. The rare match when she got out early, we collapsed," writes Maben. 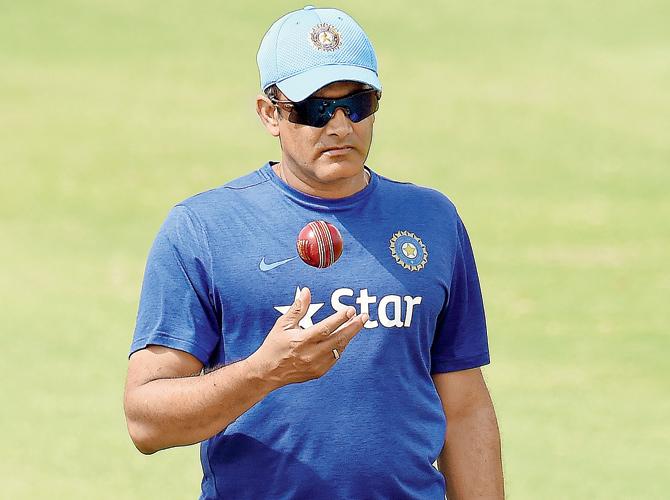 'CAC lacked teeth'
Menon also didn't seem happy with the way the Anil Kumble issue was handled and came down heavily on the Cricket Advisory Committee (CAC) comprising Sachin Tendulkar, Sourav Ganguly and VVS Laxman. He writes: "As their teammate Anil Kumble was forced to resign, the CAC displayed both its lack of teeth and its essential pointlessness by initially passing on the responsibility of choosing the coach to the captain, Kohli. Perhaps the argument was, if you are the one making the buck, then you need to be the one we pass it to. Then it endorsed the captain's choice, Ravi Shastri, and named Rahul Dravid and Zaheer Khan as consultants; the last two appointments were ignored." 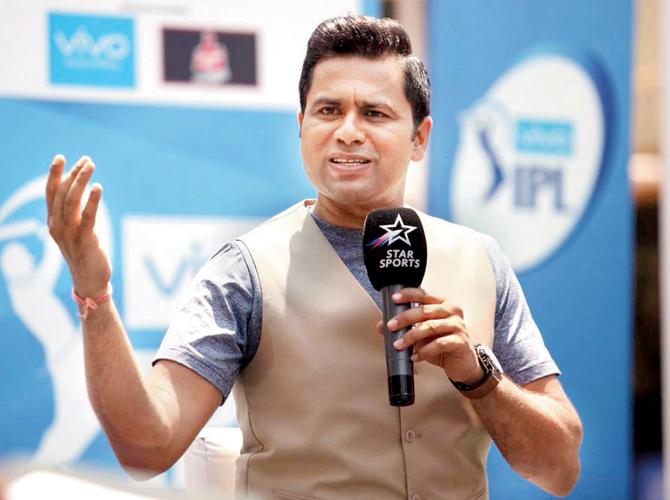 T20 makes you dizzy
Opening batsman-turned-commentator Aakash Chopra provides a fair idea as to what life on the road for an Indian Premier League television commentator is. He once woke up thinking he was late for a game. It took him five minutes to figure out which city he was in. Chopra writes: "A quick dash to open the drapes and a closer look at the watch allowed me to calibrate myself with reality. I was in Kolkata to cover an evening game and I hadn't missed the call time." The T20 roller coaster got the better of him on another occasion when he wondered in a hotel lobby why the Kolkata Knight Riders were in town when their next game was in Hyderabad. "It took me five minutes to realise that the team was in the right place, and I had flown into Hyderabad that morning," Chopra admits. 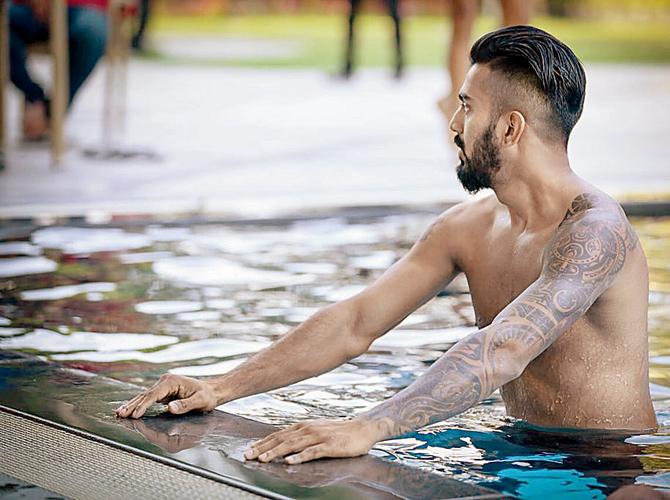 Marks of a man
From spice to something ticklish. In an informative piece on KL Rahul, one of the Almanack's six cricketers of the year, Roshan Thyagarajan reveals the other passions of the Karnataka batsman. "A penchant for fine clothes and footwear, eight tattoos, a pet dog that looks like a lion, intriguing hair-dos - Rahul is living every 25-year-old's dream. But few can do what he does with a piece of wood in his hands. Fewer still can make it look alluring," Thyagarajan writes.

Rahul has learnt to deal with failure. What does he tell himself after being dismissed for a low score? "You tell yourself that it is important to fail and be at peace with failing. I don't go back to the dressing room and question my ability or my skill," the classy batsman is quoted as saying. Are the young guns listening? 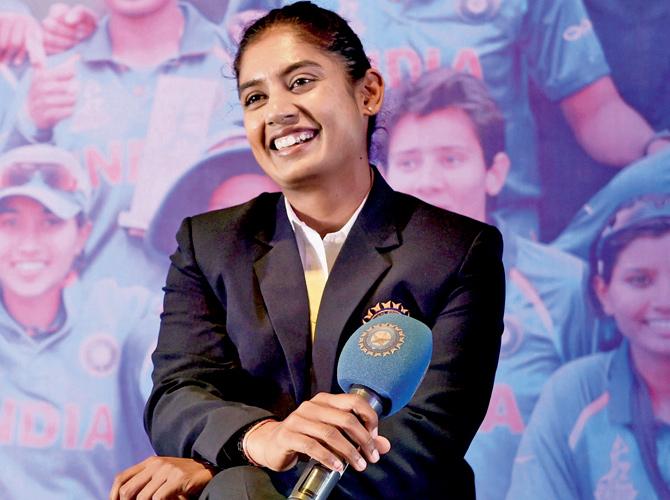 BCCI's ways slammed
Editor Suresh Menon is profound in Notes by the Editor on women's cricket and the Indian cricket board is slammed: "The rot in the BCCI, currently filled with office-bearers keen on putting bums on seats - their own, in various posts, and not necessarily to fill stadiums - might have slowed the progress of women's cricket. This, following the World Cup showing, when, for a few weeks, Mithali Raj's team changed the language of discourse in Indian cricket." The Indians were beaten by hosts England in a closely-contested final at Lord's. 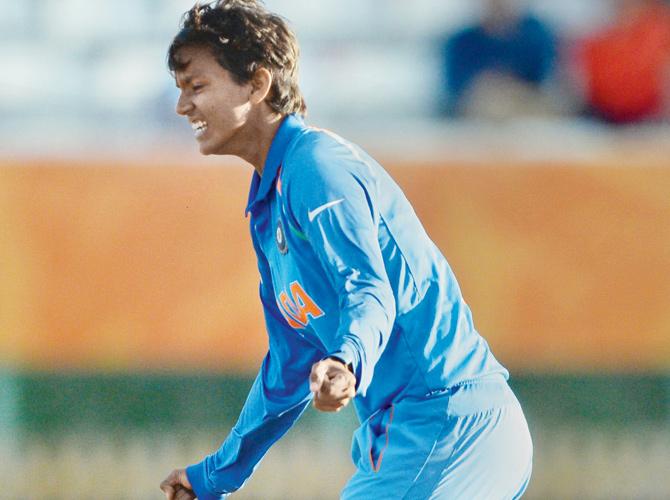 Deepti's basic needs
Like KL Rahul, Deepti Sharma, the talented all-rounder of the Indian women's cricket team, is one of Wisden's chosen six. Former India pacer Snehal Pradhan dwells into the Uttar Pradesh player's pre-stardom days. "For years, Deepti used just a basic phone that cost '1,500, and only bought a smartphone once she began touring internationally. (Perhaps she takes her cues from her coach, who owns no phone at all.) Only off the field does her manner show her age (20): she is almost shy, but not callow, and her worlds are minimalistic and practical, just like her short hair," writes Pradhan.

Who runs Indian cricket?
Celebrated writer Sharda Ugra provides an insight into who actually runs the game in India. Her listed options are: a. The Supreme Court, b. The Committee of Administrators (CoA), c. The BCCI's Old Guard Officials aka BOGOs and d. Virat Kohli. The last mentioned gets 'credited' for getting present head coach Ravi Shastri back on board after the Kumble affair. "Through force of performance and personality, Kohli quietly moved the right levers to get his choice of coach reinstalled. Key text messages were made to bear down on BCCI officials to ensure that the coach's position was not re-advertised," writes Ugra. 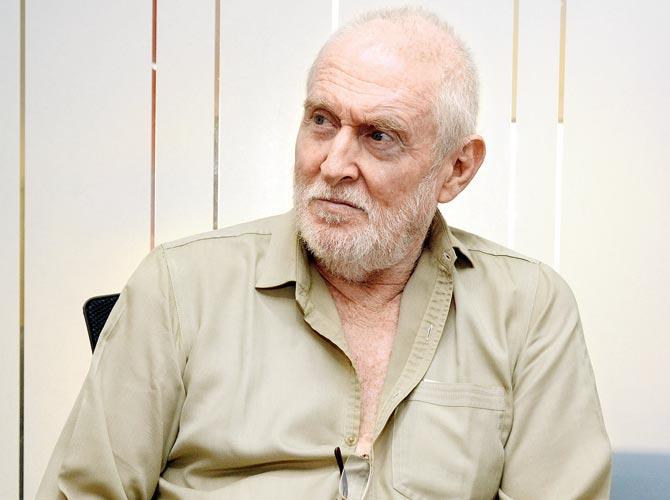 Tom makes it to Wisden
Tom Alter, who passed away last September, has been recognised for his passion for playing and writing on the game in the Obituaries section. Alter wrote a piece in the 2016 edition of the annual where he recalled being part of a combined team of Indian cricketers and movie stars against a US XI in New Jersey during the 1980s. When Alter dismissed the rival captain, he was embraced by Sunil Gavaskar, Syed Kirmani, Madan Lal, Mohinder Amarnath, Ravi Shastri and Roger Binny. That must have been his greatest moment on a cricket field, but who is to say that playing his Sunday games at various gymkhanas and maidans in Mumbai did not give him unbridled joy. 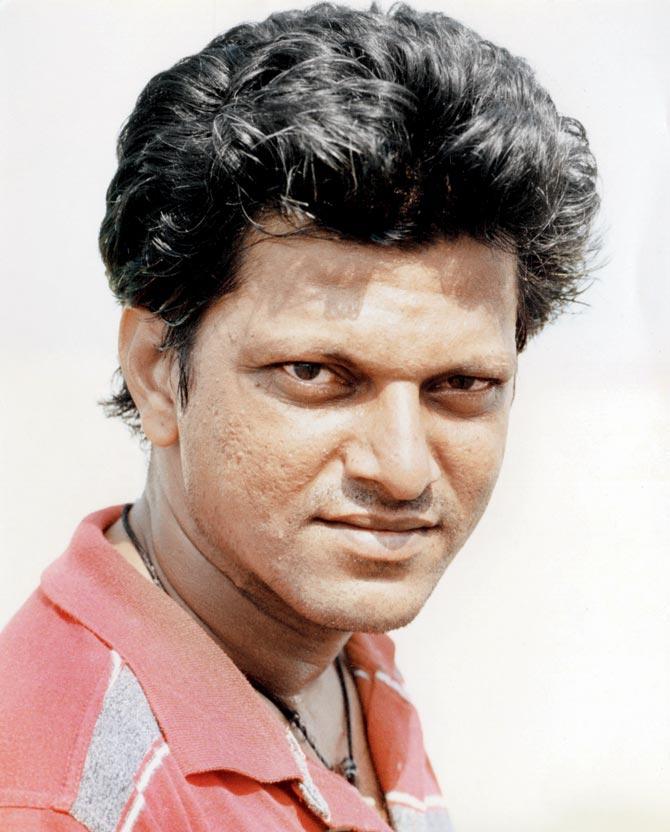 The Raman effect
Wonder whether former India batsman WV Raman, (who was interim coach for India's under-19 team last year), was credited for predicting the World Cup victory in New Zealand earlier this year, but the Almanack has highlighted his optimism displayed in the English summer of 2017 when he was filling in for Rahul Dravid who was assisting the India 'A' team in South Africa. The successful tour of England caused Raman to state: "This is an indication of things to come. Given that I expect the core of this team to stay together, we can expect our boys to regain the World Cup."

Next Story : Anti-dowry laws: What about the men?