Home > Sunday Mid Day News > Diwali with the other family

Diwali with the other family

From online tambola to solving a mystery, and decorating the WFH desk, heres how working professionals celebrated the festival of lights, with office but away from office, last week 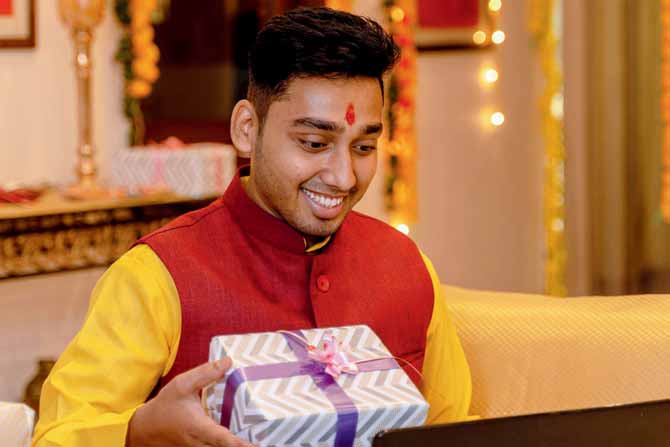 
Earlier this week, Mrigank Dubey was busy solving a murder. An unidentified woman's body had been found at the home of a certain Gargi Sharma, who had disappeared. Dubey, an executive assistant, was a member of a team led by Detective Anamika of the Secret Society of Sleuths, a private detective firm, tasked with getting information from Sr Inspector Gaitonde, an officer of the Crime Branch of India, while pretending to be a member of Gaitonde's team. Despite the high tension of being a double agent and getting caught, this year's Diwali, Dubey says, rocked. 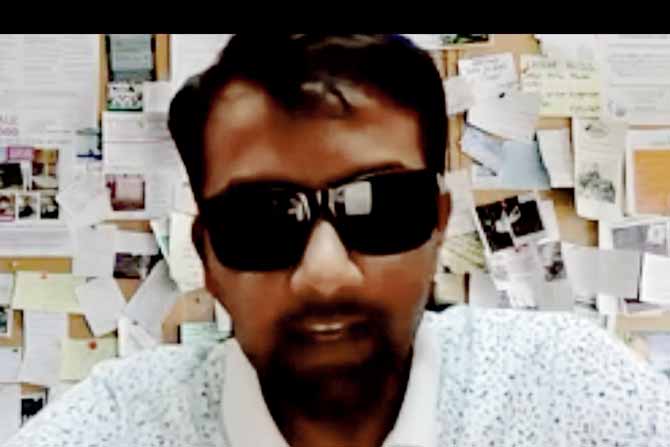 Across Mumbai, and India, where festivities extend for days and office holidays are limited to just one, it's become a ritual of sorts to have an office party during Navratri, Diwali and Christmas. Each organisation has its own tradition—a potluck, tambola, a lucky draw or a harmless taash evening. However, with COVID-19 having put to paid any physical celebrations with the work family this year, the human resources departments across offices and industries are working on the double to make online engagements more interesting, with some even organising "decorate your WFH desk" contests to replicate an offline theme.

If you haven't guessed it already, Dubey and team solved a fake murder as part of an immersive theatre experience organised by Tushar Tukaram Dalvi-founded Rangaai Theatre Company, for the Mumbai-based CoinDCX, a cryptocurrency exchange firm. 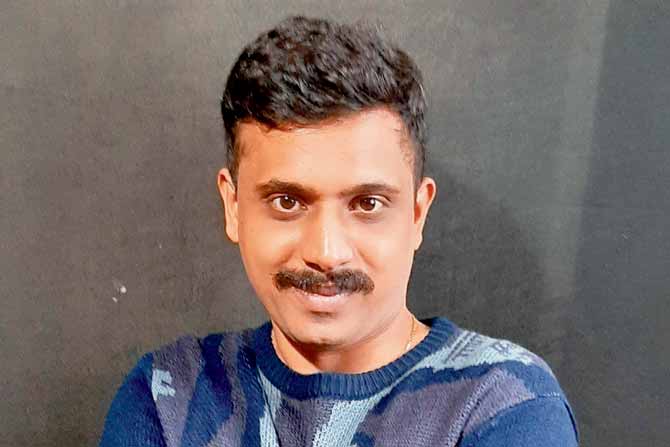 Dalvi says a #Gargikand experience is conducted over 24 hours. It starts with the HR first identifying employees within the organisation who would be willing to participate. The staff is divided into participatory—where their own impromptu actions could direct the course of the investigation—or role-playing—where they are given specific identities with lines and points of performance—categories. On the first day, a two-hour briefing is conducted over a Zoom session after roles have been handed out. The rest of the day, with direction from Dalvi and team, theories and clues are thrashed out on WhatsApp groups. On day 2, suspects are interrogated, codes are cracked and the murderer revealed.

Dubey say offline Diwalis at work mean people rushing to finish their work before heading off for a short vacation or time with family. "But now, with everyone at home, we managed to have them spend a good two hours on this game. It was certainly more fun."

Mudita Chauhan, head of HR of CoinDCX, says with the first day's sessions ending after regular work hours, she had expected everyone to sign off and discuss #Gargikand the next day. "However, activity on the WhatsApp groups were continuing till late at night." For Chauhan, who realised that the pre-2020 Diwali celebrations—getting everyone together in traditional outfits and playing games—might be a logistical challenge this year, the immersive experience proved to be a greater hit. "It's not uncommon for most kids to want to be sleuths or detectives at some point. Through this, we wanted to trigger that feeling," she adds. 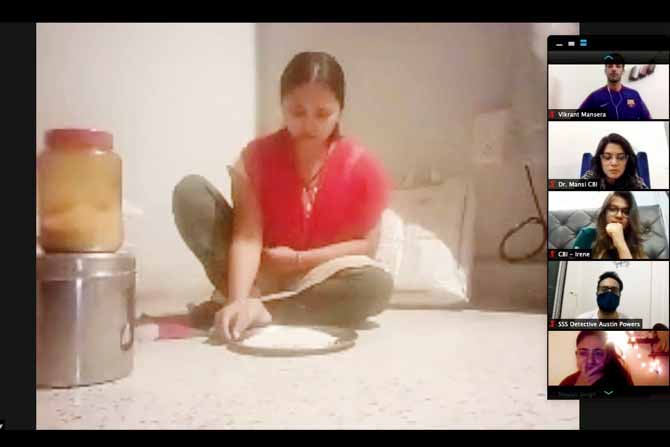 A CoinDCX employee participating in the immersive experience

At publicity firm MSL, Diwali celebrations became a three-day affair. On the first day, says Puja Patel, vice-president–talent & culture, two employees hosted virtual sessions on Diwali doodle-making and mithai-making. "In the mithai making session, one colleague along with her mother, shared a family recipe for rasagullas," says Patel, adding that the second day saw online tambola sessions and on the third day, those colleagues who live alone, had a special Diwali chat with the CEO. "The idea was to speak with them, exchange good vibes and wishes and let them know that the MSL family is with them," says Patel. In addition, with all staffers working remotely, the Diwali gift was delivered to their live locations, keeping in mind that not everyone would be in the city of their office. 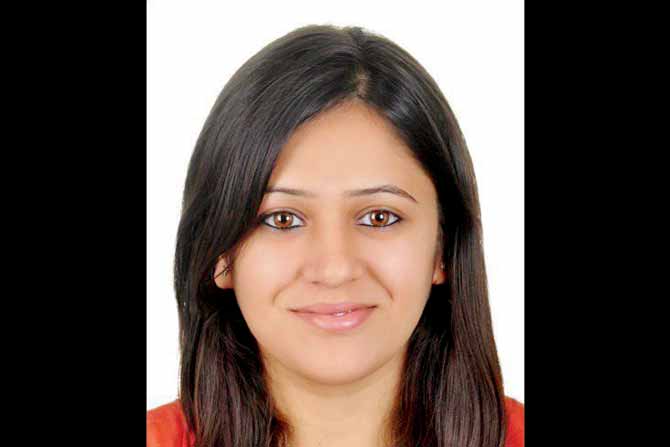 But, the responsibility of office fun needn't always rest on the shoulders of HR. Delhi-based Nupur Parihar of Publicis Sapient, is part of a five-member team that, simply is known as the "Fun Team", tasked with ensuring that the office employees, totalling 140 in number, had an interesting line-up for the Diwali sessions, which included not just tambola with a word-twist and a quiz night, but also saw a colleague do a stand-up routine while discussing the news, and particularly Delhi's weather. For children, who are perhaps missing school activities, a fashion show was organised with parents sending in video clips, and the final collated video was shared with all employees. On Wednesday, before the long weekend began, the employees joined in on the group webchat and lit diyas at their home.

If screen fatigue has set in, it's set aside for festive activities. Parihar says, "I see more colleagues looking forward to such activities. Earlier, participation needed a push, now staffers message to ask when the next session is happening." 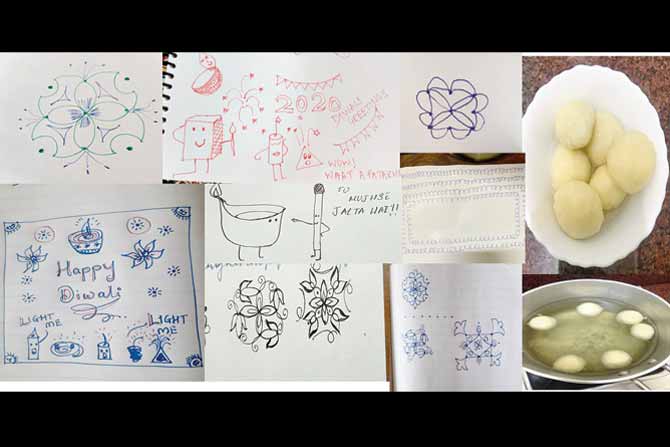 Publicity firm MSL organised a Diwali doodle-making workshop as part of its three-day celebrations, which included online tambola and a rasgulla cooking session with a colleague and her mother

Celebrations at work have ritually been an ice-breaker for when performance tensions run high, or allowed for people of different departments to come together. But, it becomes even more pertinent during a pandemic. Chauhan points out that when the lockdown started, their office had a total of 38 employees. Their current staff strength is 80. With over 50 per cent having been onboarded remotely, many haven't had an interaction outside of Zoom sessions. "An activity like this [immersive theatre], allowed us to get to know each other as individuals and create bonhomie during the festive period."

Next Story : Making a case for 'white poison'