Song from the Alps 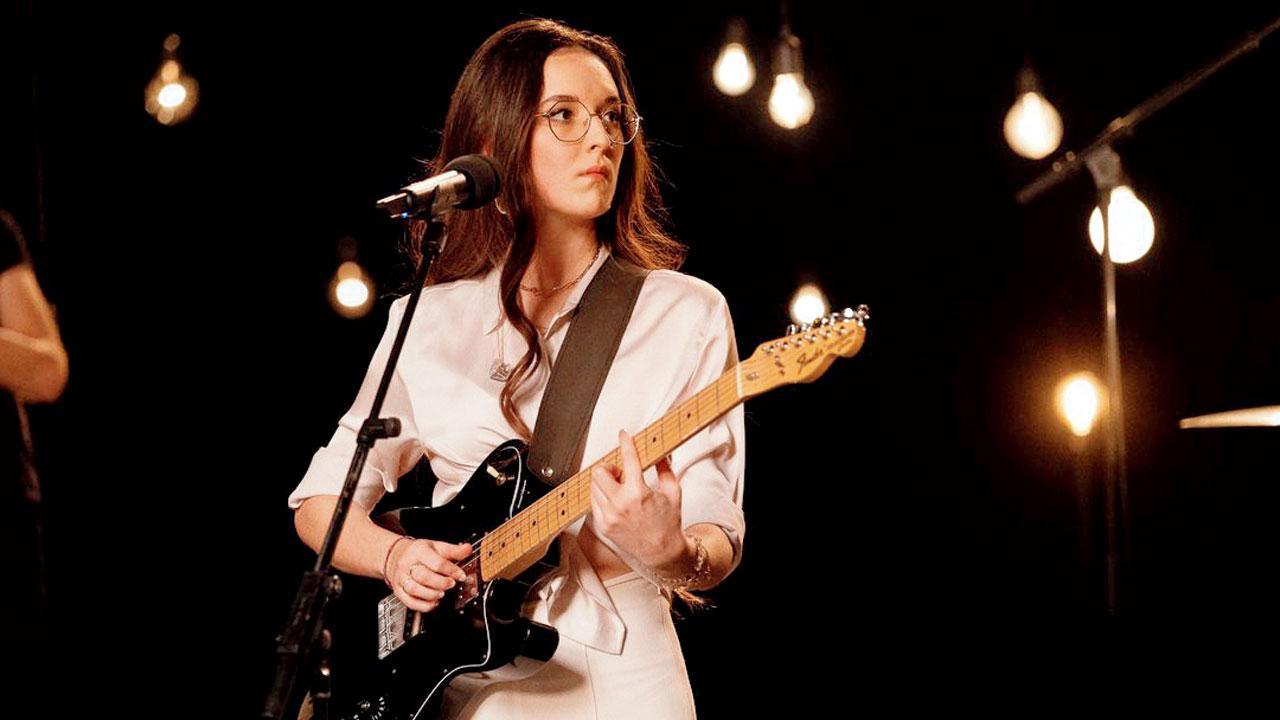 Veronica Fusaro, a 25-year-old Swiss singer-songwriter has performed over 350 concerts worldwide and will take stage in Mumbai this week


For someone in their mid 20s, performing over 350 concerts worldwide is no mean feat.  Veronica Fusaro, whom we meet over a video call, has done just that. At 25, the Swiss singer, songwriter and guitarist, has performed at Glastonbury, Eurosonic, and the Winter Olympics, among others, and also opened for Dire Straits in 2019.

Based in Thun, Fusaro always leaned towards music. She was part of school choirs, and was unwaveringly supported by her teachers. When she was in Grade III, she began guitar lessons. “I enjoyed that [playing the guitar] but I didn’t enjoy the lessons,” she says. Eventually, she quit the lessons, but not the instrument. “I got more and more into it, and fell deeper in love with music and songwriting. Music was always there for me; it was a natural process.”

Fusaro has played in all the continents, but for Africa and Antarctica. Though she comes to India at the end of this month, it is not her first visit. She played in a promotional show in Bengaluru  in 2019, and also at a private show for the Consulate General of Switzerland in Mumbai. “It was exciting to play in a new city and a new country,” she says. “It was amazing  that people cared enough [for her music] to come to a gig.” She loves how responsive the Indian audience is. “In Switzerland, people are shy,” she compares. “When you play, you have to tell them to come closer to the stage. But in India, they are up for it immediately.”

Prior to Covid-19 bringing the world to a halt, Fusaro would play at 130 shows a year—intimate gigs comprising five people, but also concerts attended by 13,000 music lovers. “Playing for five people is extremely intimate, but I enjoy playing for a crowd of around 100,” she says. “With the latter, you can hear a pin drop and everyone is so attentive; but playing for 13,000 people is a lot of fun when they clap along.”

While there is no specific theme to her music, her songs tend to be about relationships. “It’s not always love… [it could be] my connection to other people, my friends, a friendship that fell apart or  a crush. I’m inspired by life, whatever happens to me and whatever is going on in the world.”

In 2019, Fusaro supported singer-songwriter Prateek Kuhad for three shows in the UK. “I didn’t know him before the show,” she says, “but as soon as I found out we were to tour together, I began listening to his music and caught his live shows. I fell in love with Cold Mess; It’s my favourite.”

Fusaro is a night owl and it is her most creative period. “I don’t know what it is about the night… The world is sleeping, it’s calmer, it’s just me and the music… There’s just something about it,” says Fusaro who is currently working on her debut album, which will have 11 songs and  is slotted for release in January 2023.

“It’s soul instrumentation, since I started writing the songs on a piano or guitar but it’s pop music. Real people play the instruments,” she explains. The albums will also have bits from her life with organic soul-pop sounds. “A few of the songs are about living in the world we are in right now, observations about our society; and obviously love and heartbreak songs as well.” She will also be playing unreleased songs from her upcoming debut album. While she has been to India before, her band hasn’t and she’s excited for them.