A new book revisits the untold, illustrious life of a renowned academician, Zenobia Mistri, who steered a French revolution in Bombay 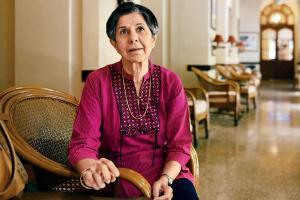 Shireen Isal, who pursued her Bachelor's degree in French from Elphinstone College, says Mistri became her tutor, setting the stage for a career as impresario to several Indian classical musicians in Paris. Pic/Bipin Kokate


When the late Dr APJ Abdul Kalam, the former President of India and veteran scientist, said he wanted to be remembered as a "good teacher", it might have seemed strange that a man with such a meritorious career, measured his worth so simply. "Teaching is a very noble profession," he had said, "It shapes the character, calibre, and future of an individual." London-based Shireen Isal would relate to these words, more so. Nothing otherwise can explain the 72-year-old's dogged determination to pursue the story of her French teacher nearly 20 years after her death, and self-publish a book on her, titled Zenobia Mistri: A Teacher Par Excellence. The book, which released this month, is now available at the Parsiana Bookshop in Fort, as well as on their website (parsiana.com).

Few would know that Mistri - she was the first Indian woman to be admitted to the Institut de Civilisation Indienne', Sorbonne University (renamed 'Institut d'études indiennes' in 2000 and, since 1973, attached to the 'College de France') in 1931, for a Doctorat d'Université' in French - was one of the most renowned teachers of French language and literature in mid-20th-century Bombay. 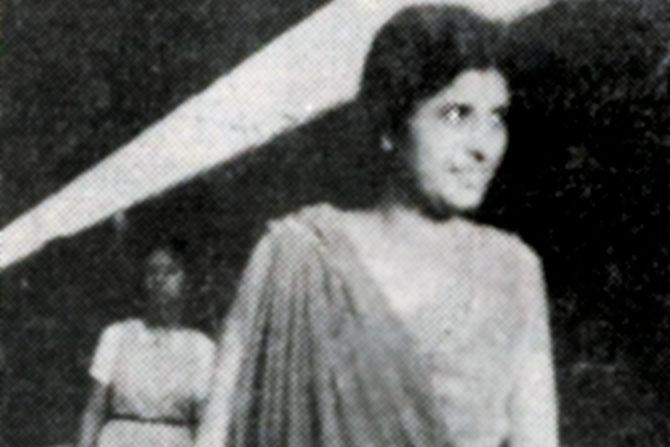 Mistri passed away in 1998, but it was only in 2015 that Isal felt the need to piece the career of her teacher, together. Hailing from a middle-class, conservative Parsi family and living in an era, when girls were married off in their teens, it was quite extraordinary for Mistri to complete her Bachelor's from St Xavier's in Bombay, and then travel to study in Paris, in the 1930s. "It was unheard of. She had the grit and determination to do what other girls weren't even allowed to think of," says Isal.

And given her profound love for the language, Mistri made it her mission to teach other girls after she returned to the country - first, at Sardar Dastur Nosherwan Girls High School in Pune for nearly a decade, and then, as a private tutor in Mumbai. "Her teaching career spanned nearly 50 years," says Isal, , who is currently on a brief visit to her home city.

It was, however difficult to retrace this illustrious journey. "Even her close family members and friends didn't know much - may be, because she spoke so little about herself," says Isal, who has been making annual trips to Mumbai for the last couple of years, to fit the missing puzzles of Mistri's life.

Isal began with a blank slate, knowing nothing - not even the fact that Mistri, who traced her roots to the Bamboatwalla family, was born in Karachi, Pakistan. The fact only emerged when a friend "Googled" Mistri's name online. "My friend found an extract from her thesis, which appeared in a journal of a French association in 1933. The preface to this extract mentioned that she came from Karachi," she says. "It's after this that I started putting out advertisements in Parsi publications, mentioning that I was doing research on Zenobia and would appreciate any help. I had put up a similar query on a website called The Missing Parsi. Zenobia's cousin happened to read it, and wrote to me. From her, I got the entire family tree."

Mistri, says Isal, is likely to have come to Bombay when she was all of 16, in the year 1914, along with her parents and four sisters. Her father, Jamshedji Bamboat, died somewhere in 1930, and Isal has managed to document this through a letter that Mistri wrote to renowned indologist Sylvain Levi, who would become her future professor in France. The family barely had the funds to make ends meet, but Mistri managed to secure herself a scholarship of R8,000 from Sir Ratan Tata Trust.

It's here that she may have met her future husband, Pirosha Mistri, the secretary of the trust, who was a widower and around 20 years her senior. They married several years later in 1947, and settled in Bombay. Isal was introduced to her in the late '60s, through a family friend after she, on a whim, decided to major in French while pursuing her Bachelor's.

The book opens with a beautiful episode that the writer recalls from her last meeting with her favourite teacher, who was then bed-ridden and in her nineties. "It had been a while since she had spoken or responded to her surroundings, for fatigue and listlessness had all but taken over. But when we came upon the idea of speaking to her in French, my beloved French teacher's eyes lit up and she burst into a song - a French one, of course! - following it up with the French national anthem, sung impeccably to boot," she writes. Remembering it now, Isal says, "She was the real ambassador of France."

Next Story : South's Correa in the North