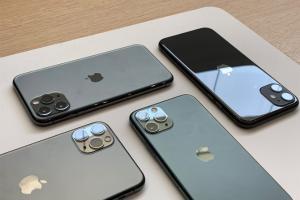 
Apple launched scores of new devices including the next-gen Apple Watch, iPhone 11 smartphone, 7th gen iPad with an attractive design and noteworthy features at the annual event at the Steve Jobs Theatre in Cupertino city on Tuesday. The new iPhone has created a buzz as allows you to see details of the photos with the ultra-wide camera due to new immersive camera interface. The front-facing camera of iPhone 11 is 12-megapixel TrueDepth wide-angle camera.

Netizens could not keep calm about the newly launched products and shared a flurry of memes on the social media platform, Twitter after the tech giant released a new series of iPhone 11, the new iPad, Apple Arcade and Apple Watch 5 at its annual event in California. This is how the internet reacted:

Who thought it was a good idea to make the iPhone camera go through mitosis #AppleEvent #iPhone11 pic.twitter.com/Oq7vsZJL2p

The iPhone 11 Pro is also for professional chefs haha#AppleEvent#iPhone pic.twitter.com/yjLsaxDm2r

my face when i see how much the new iphone costs #AppleEvent pic.twitter.com/3P8VIiDj0L

According to the Verge, night mode uses adaptive bracketing to improve shots taken at night. "New iPhone 11 is simply amazing. We designed it keeping our customers in mind and it will meaningful have an impact in their lives every day," Tim Cook said at the Steve Jobs Theatre in Cupertino city in California.

Also Read: New iPhone launch: What to expect from Apple this year?