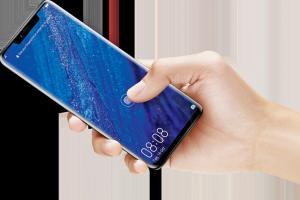 Huawei is not a brand that’s well known in India. Its offshoot, Honor, is more popular. Starting with the P20 Pro earlier this year, the company has put a strong foot down in the country, trying to break into the premium market with quality phones. The Mate 20 Pro is the latest device to further that push.

The first thing we notice while holding the phone, is that it feels very similar to the Samsung Galaxy S9. Like it, it doesn’t have a single hard edge. We tested the Twilight coloured phone which has a plain glass back, but was surprisingly not slippery. However, we find that the textured glass on the Emerald Green phone provides a much better grip.

The phone does not have any sound grills at the bottom but manages to be loud using the USB charging port. There is a tiny grill in the top notch that provides a good stereo effect, too. There is no discernable audio loss after the port is plugged in. Other than hiding the speaker grill, the notch on the screen also hides the infrared face detection system that can be used to unlock your phone, including in pitch darkness. There is an in-screen fingerprint sensor too, but it is still significantly slower than face unlock and traditional fingerprint detection.

The software included with the phone is called EMUI or Emotion UI, which is very fast and intuitive. There is a good selection of themes and other customisations are available.

Gaming on the phone is sublime; the Kirin 980 with its built-in Mali-G76 GPU handles the load well and does not heat up too much. The battery gets drained faster than usual, but it manages to last through the day despite a three-hour PUBG marathon.

The phone charges faster than we have seen with other models, and can approximately complete 80 per cent in around 30 minutes and full charge in less than an hour; not to mention it has TÜV safety compliance. The phone supports wireless charging and can charge other phones wirelessly, too, though it is very slow.

This model’s crown jewel is undoubtedly the camera. The rear three-camera setup and the software that goes with it are insanely good. The built-in artificial intelligence detects scenarios and adds the appropriate effects to create the best picture. However, at times, the AI can be frustrating to use. While trying out Supermacro shots, the AI fails to detect it, so we keep adjusting the phone to trigger the mode. There is no manual Supermacro mode so you have to use AI. The night mode captures brilliant images even in low-light, and we find it’s useful in reducing harsh shadows during daylight. Overall, there is very little to fault this camera.

Huawei Mate 20 Pro is aggressively priced in India, and yet, costs a whopping R69,999; lower than it costs abroad. For the price, it is well-equipped with the latest technology. This is a robust phone with a superb processor, a huge battery capacity with a superfast charger and a camera that holds its own and even outperforms when pitted against other premium phones. The issues here are few and easily ignored. If you have the money, this is the Android you want to buy.

Next Story : Premium on a budget