The trailer of 'Baaghi' is out and it features the lead actors Tiger Shroff and Shraddha Kapoor performing some high-octane action scenes! Watch the trailer here 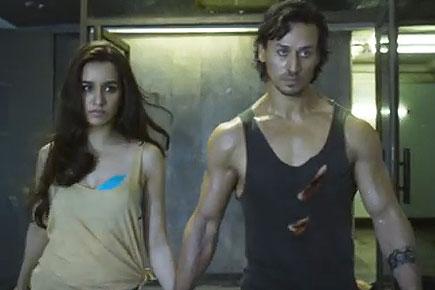 The trailer of 'Baaghi' is out and it features the lead actors Tiger Shroff and Shraddha Kapoor performing some high-octane action scenes!

The trailer of 'Baaghi', packed with flying kicks, gives Bollywood fans a glimpse into the extent of action the film will offer.

Earlier, the makers had also revealed a new poster of 'Baaghi'.

Director Sabbir Khan says actor Tiger Shroff has pulled off the stunts in a way that action has been taken to "the next level" after "Heropanti".

"After 'Heropanti', I knew I had to take action to the next level with 'Baaghi' what with having a hero like Tiger who could pull off what I imagined. I took a year to design the entire action of the film and I was meeting and choreographing the action with my team over a year before we even started filming," Khan said in a statement.

Tiger trained in Kalaripayattu, a martial art form which originated in Kerala. Coupled with that, he has also attempted Bollywood-style action scenes for the movie, in which Shraddha will also be showing her rough and tough side.

"Even Shraddha will be seen doing action for the very first time. We are a little nervous and at the same time super excited to launch our trailer," Khan said in a statement.

With the "Heropanti" team reuniting for "Baaghi", producer Sajid Nadiadwala and the director are ensuring the audience gets treated to a better experience when the movie releases on April 29.

Next Story : Dino Morea enjoys a game of football