Mumbai: Bad roads this year, too at Aarey Colony 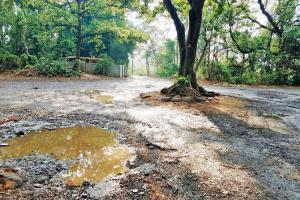 The condition of Aarey's internal road has been poor for years now, inconveniencing locals, especially senior citizens and children


While the tribal hamlet inside Aarey Milk Colony may soon have its electricity and water woes resolved, good roads remain a far-fetched dream. With the monsoon already setting in, many crucial roads inside Aarey colony leading to the tribal hamlet are yet to be repaired. One such 400-metre stretch has at least 200 potholes, even before the rains have begun, and the situation is likely to become worse, locals fear.

Residents of Aarey Milk Colony have been complaining of the bad roads and the inconvenience they cause every day. "We have been staying here for decades but the internal roads in Aarey going towards unit 18 and 15 from Lotus lake have not been repaired yet. The 400-metre stretch is extremely uneven. Senior citizens and children who use this road daily face the most inconvenience," Imran Udat from unit number 18, told mid-day. 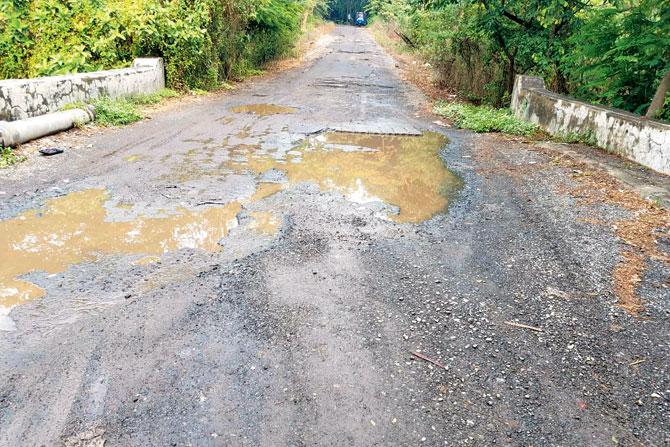 The road connecting tribal hamlet Chafyacha pada and Kelti pada is in shambles. It also leads to around eight to ten cattle farms.

Tribal leader Prakash Bhoir said, "We have been staying here for ages but we still don't have a proper road. Some of the existing roads were repaired but the one leading to our pada is in very bad shape. The authorities are least interested in this. During the monsoons, it becomes difficult for us to even take an auto rickshaw because they don't want to ply on the potholes-ridden road." The main road going across the colony connecting Western Express Highway near Goregaon with Marol and Powai falls under the BMC’s jurisdiction and hence is the only road in a good condition. The internal roads, under the jurisdiction of Aarey CEO office, remain neglected. 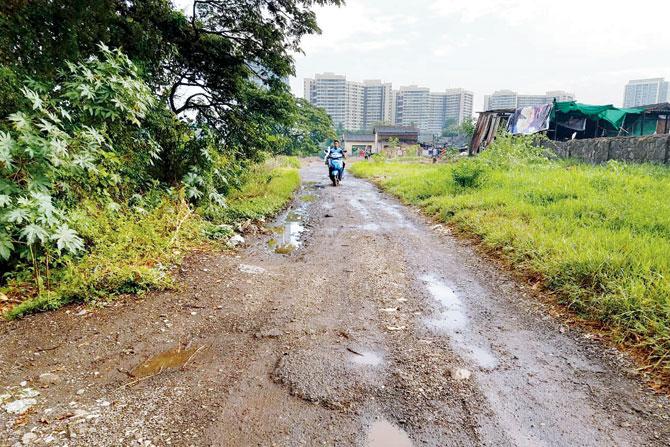 Around March this year, the Public Works Department (PWD), under direction from Aarey CEO, had begun repairing some of these roads and work went on till May end. Hardly anything changed with this though. The contractor has only done resurfacing on some roads, without undertaking full-fledged repair.

Over this, Aarey CEO Nathu Rathod said that his office was aware of the inconvenience people were facing due to the bad roads. "Roads have been repaired in many places. I will talk to the PWD engineer on the project and ensure that all roads are taken care of. We have limited funds allotted for the road repair work and so they are temporarily repaired and completely new roads are not being made. Once more funds come in, we will repair other pending roads too," he said.

Another important arterial road from Aarey Milk Colony is the one going towards Royal Palms from Aarey market and is quite bad too. Aarey has more than 40 km of internal roads in Aarey connecting 28 tribal hamlets and connection 32 different units.