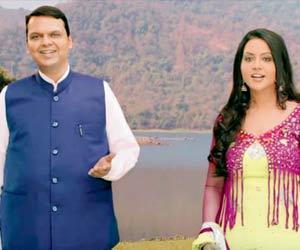 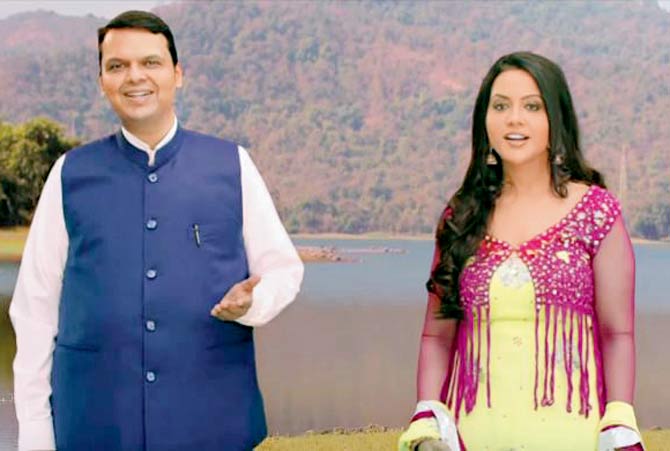 Chief Minister Devendra Fadnavis is facing the music from the Opposition and environment activists after appearing in a video for a song titled Mumbai River Anthem, sung by his wife Amruta and Sonu Nigam. The Opposition has questioned whether the CM can lend his bungalow for a shoot or be part of a music video that isn't made for a government initiative. Meanwhile, activists have termed his appearance as hypocritical, alleging he is batting for preservation of rivers while dumping Metro debris in the Mithi river. 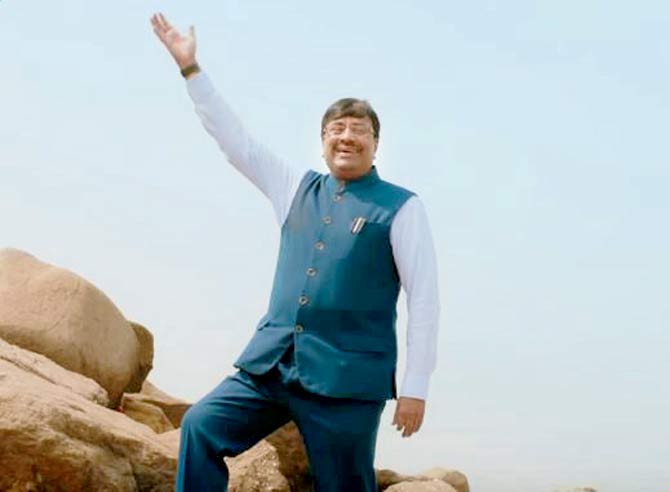 Forest minister Sudhir Mungantiwar is also featured in the video

The idea of the song was floated by the activists working on the rejuvenation of the Dahisar, Poisar, Mithi and Oshiwara rivers, and accepted by Amruta Fadnavis last June. Apart from the CM's family, the song also features state forest minister Sudhir Mungantiwar, BMC chief Ajoy Mehta and city police commissioner Datta Padsalgikar. Don't politicize The song, which is meant to steer the cause of cleaner rivers in the city, takes viewers from the CM's home to a rather pristine water body, where Amruta sings about the lost glory of the city's rivers. 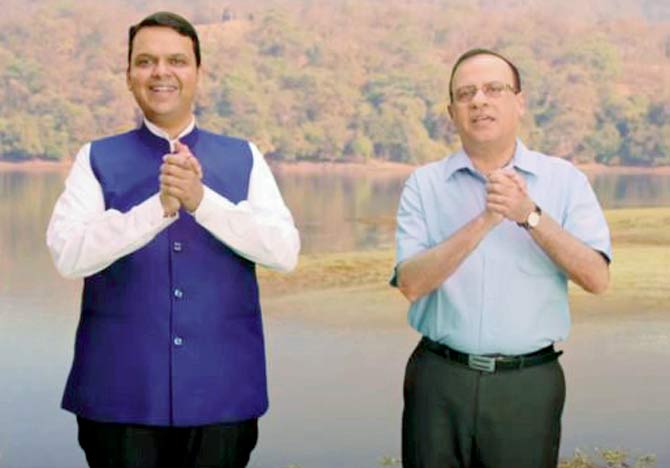 Gopal Zaveri from the River March movement said, "We had approached Amruta Fadnavis to support our four-year-old cause. She showed interest and also came to see the condition of the rivers. She supported us because she felt so strongly about the problem. There is no need to politicize the issue as it was for a social cause."

Questions galore
But this has not stopped the Congress from raising questions. Apart from the music video, it has also raised an eyebrow on why music label T-series was approached for the song and whether any proper procedure was followed to appoint the company. They've also asked why senior IAS and IPS officers are seen lip-syncing to Sonu Nigam's voice in the song.

Sachin Sawant, Congress secretary, said, "How can he use the government machinery for an initiative that has no mention of the government in the entire song, how can he direct all officers to leave their jobs and do this? If it is a government initiative, then what procedure was followed to appoint T-series and if it was so important, then why wasn't the opposition informed about this? How can the CM's official bungalow be a part of this video? As the CM, he is answerable to the citizens."

The hypocrisy...
As for the activists, they allege the CM's move is hypocritical especially since he has backed the Metro III car shed in Aarey Milk Colony despite opposition from all corners. Stalin Dayanand from NGO Vanshakti said, "His hypocrisy and commitment to the environment is clearly demonstrated by his refusal to save Aarey from needless destruction despite having options to save the forest. CM should remember he is the senior most responsible head and face of the government and not some wannabe rock star."

He added, "The video only showcases Fadnavis's priority and fulfillment of his ambition to be a model, which he aspired to in his younger days. Do it by all means, but not when you are the CM."

Environment activist Zoru Bhathena said, "The CM is a very good actor; he should have shot in front of the Mithi River, which needs immediate attention, instead of going and shooting here and there. The Metro, which is headed by him, is blocking the flow of water by dumping debris in Mithi, thus disturbing its flow.

'Private initiative'
Meanwhile, the CM's office deemed this a private initiative. An official said, "This is a social cause and a private initiative. Not a single rupee of the Maharashtra government has been spent in making the video." Sachin Gupta, the producer and director of the song and video said, "Our dignitaries have given time to this cause out of their busy schedule and we have tried to show that if the rivers can be beautiful inside SGNP, they can also be kept clean outside, for which citizens' awareness is necessary."

"Even in foreign countries, several ministers participate and dance in carnivals for social causes to support their people and this is something similar; they have done a good job. If dignitaries are coming and supporting the cause, we should stand with them instead of making fun of the whole situation." When asked about T-series's role in the video, he said, "We asked them to support the cause and help us promote the audio and video on their popular channels."

Next Story : Acid attack victims duped by Ria Sharma ask why she hasn't been arrested yet