SHOCKING! Women having sex should be hanged, says Abu Azmi

In a controversial statement, Maha SP chief says that if any woman, regardless of consent, has physical relations with a man, she deserves death penalty. WE HAVE THE AUDIO CONVERSATION 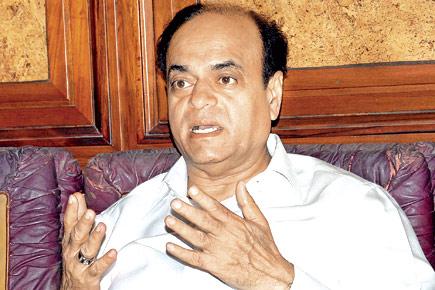 In a bizarre and grotesque statement, the state Samajwadi Party (SP) chief Abu Azmi said women who were raped should also be punished. The statement came after this reporter questioned Azmi about SP chief Mulayam Singh Yadav’s comments on rape. 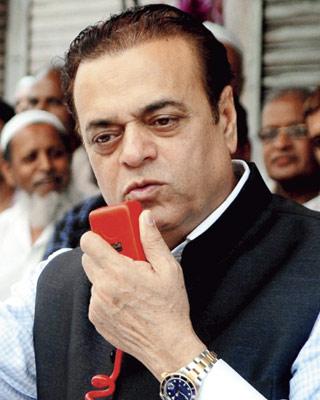 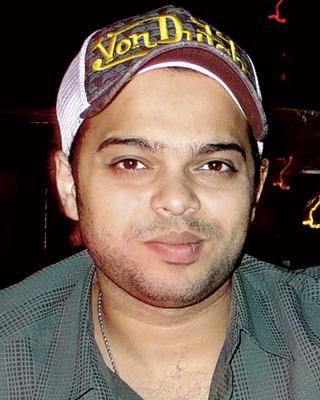 Disgusting: SP’s state chief Abu Azmi said both the girl and boy, in a rape case, are guilty and should be punished by death. Farhan Azmi (right), SP’s Lok Sabha candidate from Mumbai North Central constituency, disagreed with his father and the party head, and advocated the death penalty for rapists. File pics

Yadav had, at a rally in UP, said that the death sentence for as punishment for rape was too harsh. “Ladkon se aisi galtiyan ho jati hain, to iska matlab yeh to nahi ki unhe phaansi de di jaaye (Boys make mistakes, but this doesn’t mean you hang them),” he told the gathering (see box below 'What Mulayam Singh Yadav' said).

To the gallows
When this reporter asked for Azmi’s comments on his chief’s statements, he replied that rape was punishable by death in Islam. “Rape is punishable by hanging in Islam. But here, nothing happens to women, only to men. Even the woman is guilty.”

He further added, “In India, if you have sex with a person with consent, it’s fine. But if that same person complains, it’s a problem. Nowadays, we see a lot of such cases. Girls complain when someone touches them, and even when someone doesn’t touch them. It becomes a problem then, and the man’s honour is ruined in this. If rape happens with or without consent, it should be punished as prescribed in Islam.”

When asked for a solution to the problem of rapes, Azmi had this to say: “Solution is this: any woman if, whether married or unmarried, goes along with a man, with or without her consent, should be hanged. Both should be hanged. It shouldn’t be allowed even if a woman goes by consent.”

On Mulayam
After saying all this, Azmi remained pretty diplomatic about reacting to his boss’ comments. “What context has he spoken in? Sometimes, the wrong people go to the gallows. Josh mein ladke aisa kar jaate hai. I won’t speak against Islam,” he commented.

Son disagrees
However, his son Farhan Azmi, who is contesting from the Mumbai North Central constituency, disagreed with his father and party leader. “I believe a rapist should be hanged a hundred times. I have five sisters and everyone in my family believes the same.”

The entire conversation: This is what Abu Aazmi said

Reporter: Today Mulayam Singh made a statement in UP that the death penalty for rape was unfair, as “boys make mistakes”.
Azmi: It’s the death penalty for rape in Islam. But here, nothing happens to the woman; only the man bears the punishment. But, even the woman is guilty. In India, if you consent to sex, there’s no problem. But if there’s a complaint, then there’s a problem. These days, the number of such cases has increased where girls go and complain whenever they want. If one touches them, they complain, and if no one touches them, they still complain. Then, the problem starts, and the man’s honour, which he has earned throughout his life, is destroyed. Rape with or without consent should be punishable as per Islam.

Reporter: So, do you mean to say that the woman should be punished as well?
Azmi: If a woman is caught, then both she and the boy should be punished. As per Islam, if someone has (sex) with consent, it’s the death penalty even then. In India, there’s death penalty for rape, but when there’s consent, there’s no death penalty. But, this is a question of life and death between consent and no consent. If you agree to be with someone, it’s okay. But the moment something goes wrong, and one gets angry and starts blackmailing, then the other person would be hanged; this is a serious issue.

Reporter: So, what is the solution for this?
Azmi: The solution is that if any girl, whether married or unmarried, goes with a guy with or without her consent, they should be hanged.

Reporter: But we are not talking about sex with consent. The issue is rape.
Azmi: As per Islam, rape deserves death penalty. If someone rapes a woman, she shouldn’t be punished, ladki to bechari hai. The whole country should stand with her. But, what is happening, on the other hand, is that if the girl goes and does it with consent, even that shouldn’t be allowed.

Reporter: So according to you, sex with consent shouldn’t be allowed?
Azmi: Obviously. No parents in our Indian culture would agree if their daughter goes out with another man, and indulges in something wrong. But, as per Islam, if a girl does it, she will be awarded the death penalty. What I mean is that if there’s rape, then there should be punishment. But on the other hand, as per Islam, if two people go to a hotel and have sex with consent, even that should be banned. They should be punished.

Reporter: Do you agree with what Mulayam Singh Yadav says?
Azmi: See, I don’t know what context he said it in. But, at times, the wrong people are awarded the death penalty. Boys do it in josh, but what can I say in this? The death sentence should be given. I won’t speak against Islam.

Next Story : After Modi admits he was married, brother says it was a 'social formality'