My record is for India: Female fast bowler Jhulan Goswami 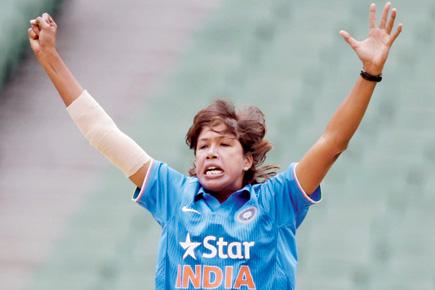 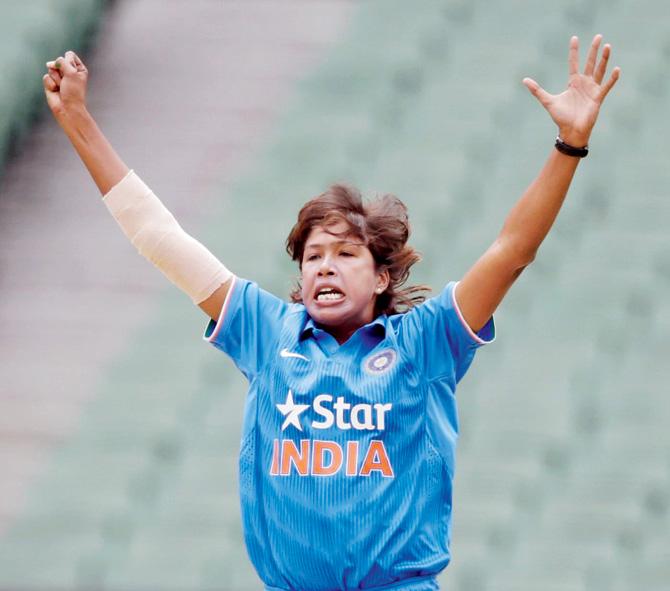 Goswami dismissed South Africa's Raisibe Ntozakhe to claim her 181st victim in the 50-over format.

Goswami achieved her feat in her 153rd game. "I am happy and relieved. I was coming back after an injury lay-off. My teammates are happier than me. I spoke to my mother for a few minutes and she was elated.

"This feat belongs to the whole of India. This venue, Potchefstroom is special because we beat New Zealand in the 2005 World Cup semi-final," Goswami told mid-day over the phone.

Goswami had figures of 3-20 in 7.3 overs as the South Africa women were bundled out for 119 in 39.3 overs. India skipper Mithali Raj (51*) struck an unbeaten fifty while Mona Meshram made 38 as the Indian women chased down the target with consummate ease, reaching 121 in 41.2 overs.

Goswami also received huge praise from former India women's captain and current BCCI's Committee of Administrators member, Diana Edulji. "Diana called me and said the whole of India is proud of me and that I should do well in the forthcoming World Cup. Of course, playing in England will be a different ball game, but the BCCI has decided to send us 15 days before the tournament, so that should help," she added.