The former cricketer Sachin hailed Stokes and said that England has been superb in the second Test. The legendary batsman also said that he was looking forward to the third Test, which could be the series decider 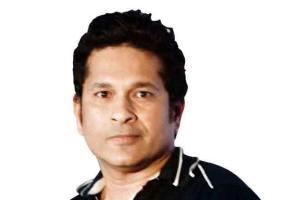 His remark came as England thrashed West Indies by 113 runs in the second Test, levelling the three-match series at 1-1.

The second Test victory was laid on Stokes' all-round performance of 254 runs and three wickets, including the key wicket of Jermaine Blackwood on the stroke of tea on the final day of the match.

The left-handed batsman had played a knock of 176 in the first innings, while in the second, he scored a quickfire 78 not out from just 57 balls.

The former cricketer Sachin hailed Stokes and said that England has been superb in the second Test. The legendary batsman also said that he was looking forward to the third Test, which could be the series decider.

"Great comeback by England to win this Test. This is turning out to be a brilliant Test Series! England have been superb & the way @benstokes38 has played is just remarkable. It will be a great finale to this Series! Looking Eyes forward to the 3rd Test already!," Sachin tweeted.

With this win, England levelled the three-match series against West Indies. If the hosts manage to retain the Wisden Trophy, then the side needs to win the final Test of the series.

The third and final Test of the series will be played from July 24 at Manchester.

Next Story : Laxman lauds England for 'excellent comeback' in 2nd Test against WI