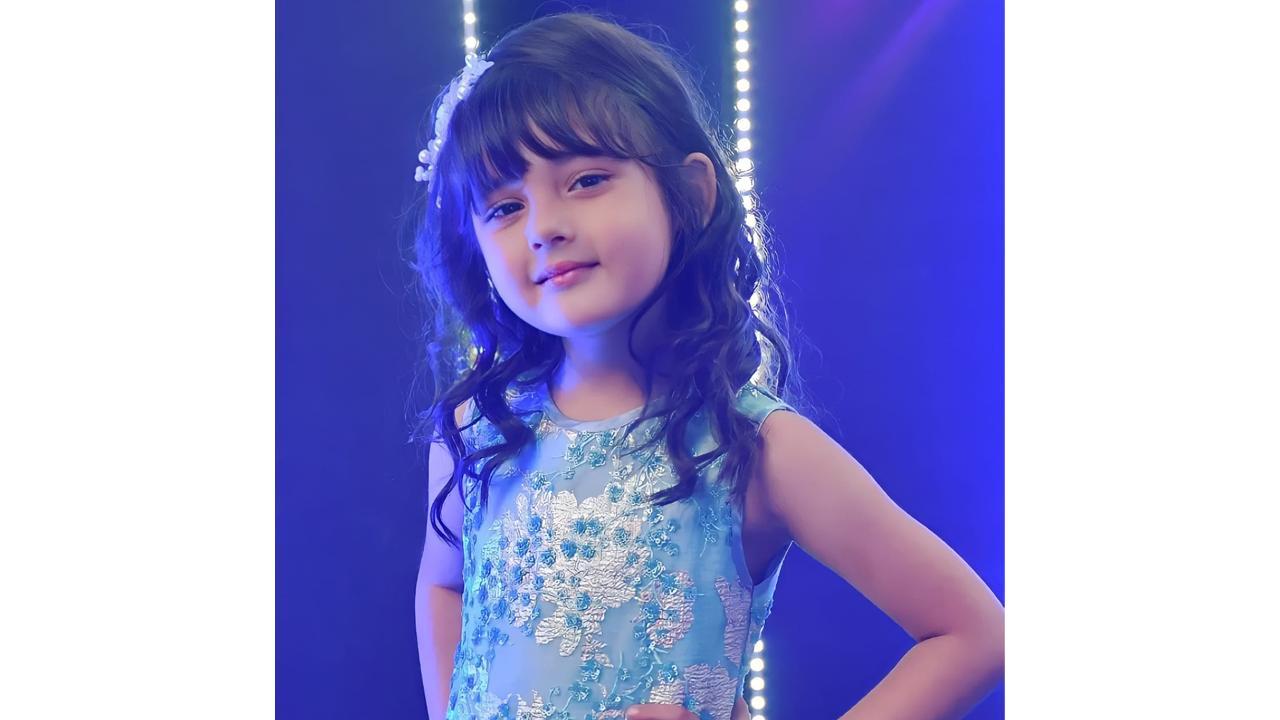 
There is a popular adage that says, “Talent known no age”. Born on 12th October 2016, Five-year-old Swarna Pandey, who plays the much-loved character of Ruhi in the Ekta Kapoor produced Star Plus show ‘Yeh Hai Chahatein’ has proved this saying right with all that she has achieved at such a young age. Swarna faced the camera as a two-year-old for a TV commercial. She went on to do several more commercials for leading brands like Big Bazaar, Himalaya Baby Care, Voltas, and Hopscotch, among others.

Her confidence and screen presence was noticed by the casting director in the film and television industry and she started receiving several offers from both industries. She made her acting debut in the popular TV show ‘Kundali Bhagya’. After winning the love of the audience for her innocence and charming portrayal of Pihu in the show, Swarna was offered ‘Yeh Hai Chahatein’ by Balaji Telefilms.

Talking about her journey in the entertainment industry, the little girl says sweetly, “I was very active right from the time I was born and loved to sing, dance, and perform. I am happy to get the love and blessings of so many people from across the world. I learn something new about acting every day and thoroughly enjoy my journey. I enjoy each and every moment on the sets of ‘Yeh Hai Chahatein’. I feel it is God’s gift to me.”

Apart from facing the camera as a professional actor, Swarna loves making reels on Instagram. Born in Kota, Rajasthan, Swarna came to New Delhi with her parents and sister at a very young age. Her parents enrolled her at Mother Mary School in Delhi but now, the family has shifted to Mumbai and the little girl studies in a reputed school in the city of Delhi. Her career and work schedules are managed by her parents Sourabh Kumar and Bulbul Pandey.

Her mother Bulbul Pandey, who accompanies Swarna to her shoots, says, “Hailing from a middle-class family, we had no idea about how the entertainment industry worked. Panchi’s (Swarna’s nickname) first TV commercial happened by chance. Somebody spotted her and asked us if they can feature her in the ad. After that, a lot of offers started coming. While we were not sure about letting her cat at such a young age, we realized she loved to perform and wanted to do this herself. We didn’t want her to stop her from following her passion. At the same time, we have ensured that her studies don’t get hampered in the process.”

Swarna’s parents organize her schedule in a way that she gets enough time to study despite shooting for the show. While Swarna adheres to a very healthy diet, she likes to indulge in some of her favorite food items like burgers, pizzas, and ice cream once in a while. Maggi noodles, though remain her favorite. While Swarna hasn’t decided whether she would want to continue acting as an adult, she is enjoying the space she is in at the moment and wishes to learn different forms of creative arts including dance.