'Ranveer's not good looking enough for Bajirao... film is inaccurate' 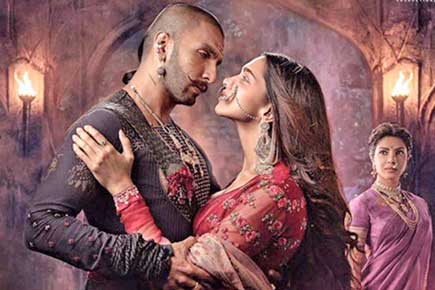 The promos and songs released so far by the team of 'Bajirao Mastani' have clearly dissapointed the descendants of Bajirao Peshwa. Although, they haven't seen the film as yet, but whatever promos and songs they have seen seems to have left the descendants of the royal family fuming. They believe that the makers have failed to depict the history of Bajirao, Kashi Bai Saheb and Mastani Bai Saheb correctly.

"The kind of dance been shown in the film is wrong. They have never danced and neither has Shrimant Bajirao danced. I have objection with the songs, 'Pinga' and 'Malhaar'. Also, the lyrics of 'Pinga' are unacceptable. The makers of the film have never consulted us to get any detail on the great warrior. So we want them to show us the film before its release," says Udaysinh Peshwa, descendant of Shrimant Bajirao Peshwa at press conference in Mumbai on Friday. 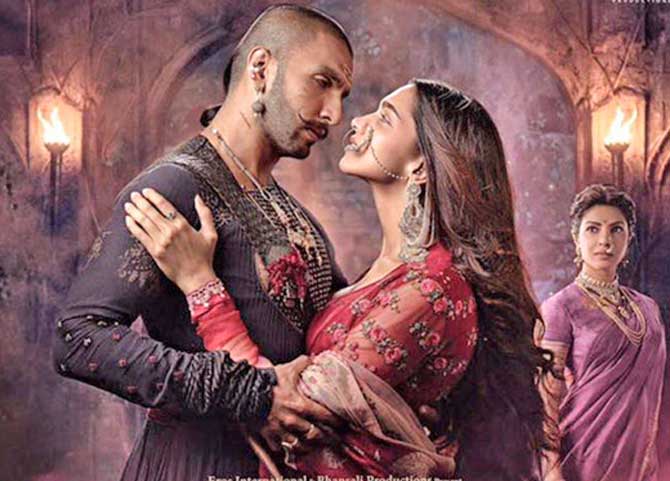 Udaysinh said Bhansali had promised the family that it will be an excellent film when they were invited on the sets of the film.

"I didn't visit. My family was there. They even requested him to keep the story true to the history. He had promised." The film is based on the book "Rau Kashibai" which, Udaysinh said, had faults too.

Earlier, the descendants had filed a plea in the Indore bench of the Madhya Pradesh High Court seeking a stay on the release of 'Bajirao Mastani'.

The descendants have, as mentioned at the press conference, also written letters to Prime Minister Narendra Modi, Maharashtra Chief Minister Devendra Fadnavis, the Ministry of Culture and the Censor Board requesting them to ask the film's team to show them the movie before its release. However, they have not received a response to the letters except the the Ministry of Culture has responded saying that this issue can't be addressed by them. The descendants claim that the film's director Sanjay Leela Bhansali has also not responded to their request.

"We want them to show us the movie so that if we find any more incorrect historical facts, we can ask them to change them and only then release the film. We are not demanding a ban," said LtoR Dr Anuradha Sahasrabuddhe (social Activist), Shaheen Bahadur, Nawab Zulfikar Bahadur, Owais Bahadur Nawab Sahab Indore (Descendant of Mastani Baisaheb), Udaysinh Peshwa, Pune (Descendent of Shrimati bajirao Peshwa), Shrimant Sardar Satyasheelraje Dabhade, and Usman Bahadur (Son of Owais Bahadur) during press confrence at Mumbai Press club., a descendant of Sarsenapati Umabaisaheb Khanderao Dabhade - the only female Commander-in-chief of the Maratha Army.

They maintained that while a filmmaker can exercise creative freedom, it shouldn't tarnish a real life warrior's image. Further, Mastani's Baisaheb descendant, Nawab Zulfikar Bahadur felt that actor Ranveer Singh was not the right choice for the lead role. "I don't think Ranveer matches the kind of look that Shrimant Bajirao Peshwa had. Bhansali (who has also produced the film) should have considered someone as good looking as the warrior was," said Zulfikar Bahadur.

Social activist Dr Anuradha Sahasrabuddhe said, "The costumes used for the 'Pinga' are inappropriate. I object to way the actresses have shown skin."

Produced and directed by Bhansali, the film starring Ranveer Singh, Deepika Padukone and Priyanka Chopra, is scheduled to release on December 18.