Attention seems to have been paid only to the girls' skin-baring costumes and the boys' boxer shorts in 'Great Grand Masti'. There is no masti in this one; rather, it looks like things were done zabardasti 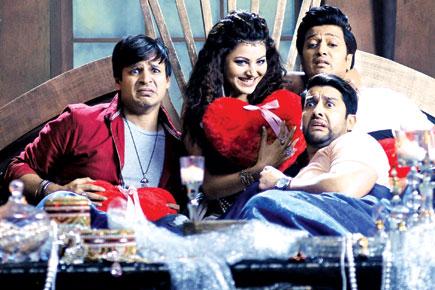 The franchise's earlier outing, Grand Masti (2013), had breached the Rs 100-crore mark. Gloating over the success, the makers felt they could dish out just anything and laugh their way to the bank yet again. Sex sells, anyway. Their recipe for sure-shot success meant a bunch of women in cleavage-baring ensembles and guys who swear by Viagra along with an assortment of oddballs who only have that one thing on their mind. Add to it, some heaving bosoms and forgetting all limits. An adult comedy is ready to be served. 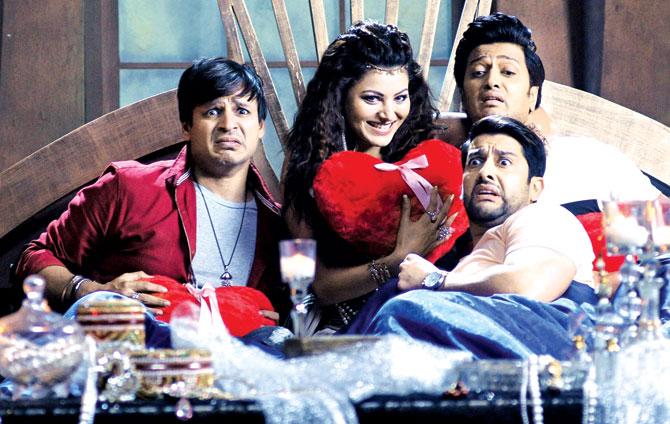 The template of the third instalment, Great Grand Masti, is the same as that of the earlier outings. Three bored guys (Riteish Deshmukh, Aftab Shivdasani and Vivek Oberoi) are looking for some fun outside marriage and land up in a ramshackle mansion in a place called Doodhwadi (well, what else?). Plans to spice up their otherwise dull existence go for a toss as they are accosted by a virgin ghost, who wants to bed them at any cost.

Just when you think that things are starting to get into the mould of a horror comedy — as the makers marketed it — things go awry. The reel wives of the three actors have little to do except hang around in plunging necklines. Along with absurd dialogues, there is a lot of cleavage show to titillate the masses.

Riteish, Vivek and Aftab ham their way through the film. Urvashi Rautela as the ghost concentrates more on showing off her sexy curves than acting. The first half is a bit of a drag and makes you restless. In the second half, a few (very few) scenes might make you giggle.

The direction is lazy and pathetic, and the music jarring, It appears that some Tom, Dick or Harry was calling the shots while the director was taking a nap on set. What were the makers thinking? The only attention seems to have been paid to the girls' skin-baring costumes and the boys' boxer shorts. There is no masti in this one; rather, it looks like things were done zabardasti.