Everyone in this film looks so perpetually perturbed, monotonously morose, and uniformly dejected that at some point or the other you wonder if this musical, posing as a sequel to Rock On, is in fact secretly mocking the first part. Of course, consciously, it isn't 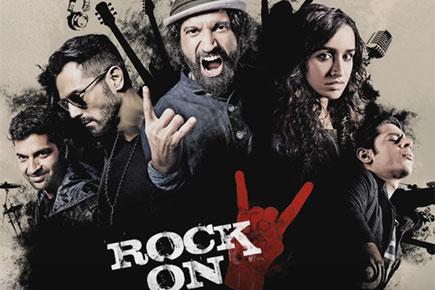 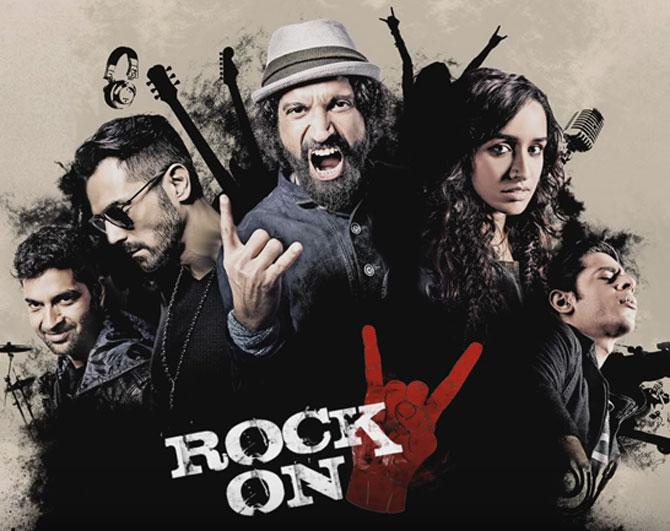 Everyone in this film looks so perpetually perturbed, monotonously morose, and uniformly dejected that at some point or the other you wonder if this musical, posing as a sequel to Rock On, is in fact secretly mocking the first part. Of course, consciously, it isn't. The characters look the way they do, because I’m sure they have an expressly full-time, round-the-clock purpose to remain grumpy forever. The circumstances are such, you see.

There is one Pandit Vibhutiji, who quit the sarod because he finds the non-classical side of music that everybody else practices abhorring. His daughter (Shraddha Kapoor) must bear the brunt. As did his young son, who's no more. But, these are clearly not the people you walked into the theatre for.

That would have to be the band Magik that had regrouped in this film's prequel. They were probably supposed to get together again with this film. If only they weren't so depressed with their own lives, and that of each other's, you would feel some music, and not merely their unhappiness.

The group's front-man, played by Farhan Akhtar, of course, leads the set of grouchies — Purab Kohli and Arjun Rampal. As he puts it himself, he has a strange dilemma to deal with: Every time he tries to play music, some shit or the other happens in his life.

Maybe, he shouldn't play music then. Well, he doesn't. This ex-corporate type, who'd turned a professional rock-star with Rock On, has now moved to Meghalaya to live all alone with recurrent nightmares of a fan who killed himself. Somehow, he feels responsible for that death. And as penance, or is it plain philanthropy, he runs a cooperative farm and a local school, in or around Shillong.

Now, Shillong is such fine setting for a movie about rock music. Just to give you a general sense, it's that part of India where Bob Dylan's birthday is celebrated annually, like Bapu's (or Mahatma Gandhi's) is, in the rest of the country. Surely, in all these years, you’ve never left a rock show without a North-eastern band or musician having entertained you. One assumed this movie would capture the essence of that sub-culture. Or at least touch upon it. It would strike such a sticky (umbilical) chord, especially with the oft neglected land mass of India.

But nope. The setting is hardly the point. It appears, neither is music. The soundtrack hardly lives up to the standards set by the first part. The script seems improvised. Beyond a point, for a movie that meanders through so much — from dad-daughter issues to state, government and fire in the farm — all that I can remember still is the original 2008 title track, "Rock on! Hai yeh waqt ka ishara… Zindagi na milegi dobara." Well, these minutes gone by, one won't get dobara as well. But, that's okay, I guess.