'Talvar' makes for a gripping film, largely thanks to the nature of the crime, but also because of the true to life style of narration. Vishal Bhardwaj's tight screenplay, great casting, and Meghna Gulzar's apt direction, makes this an immensely watchable film 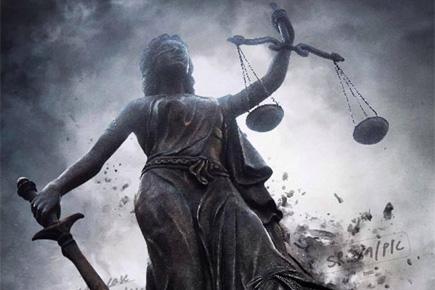 A 14 year old girl Shruti Tandon is brutally murdered inside her bedroom in the house. Next day, the domestic help of the family, Khempal's body is found on the terrace of the house. The parents, Ramesh and Nutan Tandon (played by Neeraj Kabi and Konkona Sen Sharma) don't get the luxury of mourning over her death as soon after, they are embroiled in a situation where the father is suspected of killing her. The question is, did the father really kill her?

The story of 'Talvar' is based on the sensational Noida double murder case of Arushi Talwar and the domestic help of the Talwar family, Hemraj in 2008. And clearly, Vishal Bhardwaj (who's written the script and the screenplay) is rooting for the innocence of the Talwar couple, who have been convicted for the double murder.

Soon after the murder, the local cops of Noida, led by the stereotypical pan chewing, exasperatedly insensitive Dhairam (Gajraj Rao) start investigating and surely enough, they go about trampling over crucial evidences with their haphazard handling of the situation and also the hurry to come to a conclusion, because of the growing media attention. So by the time the CDI officer Ashwin Kumar (Irrfan Khan) takes over, he's at a severe disadvantage because of the blatant carelessness and lack of application of basic common sense by the Noida police.

Ashwin is convinced that the parents are innocent and he suspects the two servants who were present in Khempal's house that night are the killers. His biggest trump card is the narco analysis done on the servants, where they more or less confess to being at the crime scene. However, Ashwin's situation goes through an overhaul when the case is suddenly taken away from him to be transferred to Paul (Atul Kumar), whose style of investigation and opinion about the case is drastically different from Ashwin's.

'Talvar' makes for a gripping and deeply disturbing film, largely thanks to the nature of the crime, but also because of the true to life style of narration, devoid any excess melodrama. The film grips you right from the beginning and doesn't let you get away even for a second. It systematically, yet not dispassionately, takes you through the intricacies of the case, belying an impressive amount of research done over it.

However, a parallel story about Ashwin Kumar's personal life, which talks about his troubled relationship with his wife (Tabu, delightful nevertheless) seemed unnecessary and forced.

Not surprisingly, Irrfan gives an exceptionally confident performance. Also, this is the kind of film, where each and every actor of the film is thoughtfully handpicked and made to look like they belong nowhere but the role they are playing. In short, casting (Honey Trehan) is brilliant.

One classic scene, where Ashwin Kumar and his boss Swamy (Prakash Belawadi) take Paul's theories head on, is crammed with Vishal Bhardwaj's trademark black humour and is easily the best scene that one has witnessed in a long while.

The 'Woh Zinda hai tu' sung in Rekha Bharadwaj's soulful voice, reminds us that Arushi will be alive in our psyches, at least till there are people like Bharadwaj passionately rooting for the parents' innocence.