Anu Menon's 'Waiting' is a sensitive, unusual story. The movie tracks the behavioural pattern of two individuals belonging to two different generations when their lives comes to a standstill in a hospital waiting room, as their loved ones are locked in a life-and-death struggle 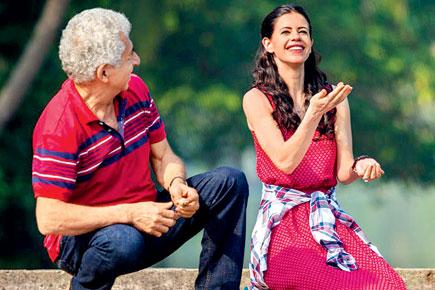 Anu Menon's 'Waiting' is a sensitive, unusual story. The movie tracks the behavioural pattern of two individuals belonging to two different generations when their lives comes to a standstill in a hospital waiting room, as their loved ones are locked in a life-and-death struggle. Shiv's (Naseeruddin Shah) wife (played by Suhasini Mani Ratnam) is in a comatose condition since seven months and in spite of doctors having given up on her, he's desperately holding on to the hope that she will lead a normal life one day. In direct contrast is Tara (Kalki Koechlin), a newly married girl, whose husband has suffered brain injury following an accident. 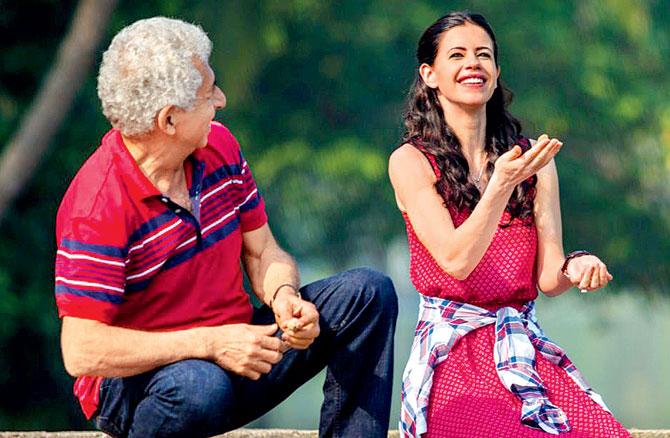 Shiv and Tara meet in the waiting room of a hospital in Cochin and the unlikeliest friendship develops between them. She, young and ebullient, throws around the F word and is uncomfortably blunt about her feelings and emotions, and he, retired and brooding, doesn't even know what Twitter is. They belong to different worlds but are united by the current tragedy of their lives.

The film gives a strange sense of comfort as it begins. A script so beautifully rare, 'Waiting' makes you happy when it begins. And then there is a wonderful scene — a spat between the two protagonists in a parking lot — just before the interval that says so much more than what they say to each other. It's about how people behave under duress and how a person reacts to the tragedy that he/she is facing reveals so much about their personalities. This jolts you up and makes you want to ask this question to yourself: When your loved one is on life support, do you pull the plug? Waiting deals with this very relevant, realistic situation.

But what doesn't work for the film is that the story keeps itself restricted to the two lead characters and their issues. As most of us, who have been there and done that, are aware, a waiting room is where million traumatic tales and stories of hope unfold. Those stories in the periphery would have given a lot of depth to the central story. Unfortunately, Menon, the writer-director and other writers makes it too sanitised and elitist, thus depriving it of the depth that it could have achieved.

Shah is absolutely brilliant as Shiv. You watch him with awe as he goes around playing the doting husband who puts his life's savings and all his emotions up to save his wife's life. His frustrations, helplessness and hope in the face of tragedy is so palpable that you want to reach out and hug him. We are lucky to have an actor of his calibre in our midst. Kalki is natural and perfectly suited for the role that she plays. But one would have liked a little more sagacity in the way she gets into this complex role. It is to Menon's credit that the peripheral cast is near perfect.

Next Story : Clicked! Ranbir Kapoor and Katrina Kaif with their body doubles