5 Years Of Piku: What made Irrfan Khan's Rana Chaudhary so likeable?

Piku may have been a film about a cantankerous father and his even more cranky daughter, but it was also about the charming and immensely likeable Rana Chaudhary, played by the immortal and inimitable Irrfan Khan! 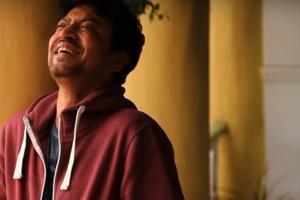 
Shoojit Sircar's Piku is a film that has been described as a comedy. But none of the conversations (mostly revolving around constipation) that happen between the characters in the film are remotely funny. Amitabh Bachchan and Deepika Padukone's incessant arguments escalate to constant bickering and screechy fights, and surprisingly, we laugh. We laugh at how cantankerous a man can be and how cranky a woman can be.

Amid this pandemonium, there was a character that was both immensely likeable and charming, Rana Chaudhary, played by the immortal and inimitable Irrfan Khan. Rana himself hailed from a dysfunctional family, so for him to relate to Piku's relationship with her father wasn't tough, but it was indeed nightmarish for him to take a journey with these characters from Delhi to Kolkatta. This was certainly not the road trip he expected or wanted to experience.

His was a role that was soaked in inherent goodness. He had a taxi service and his drivers were always on time. But nobody wanted to travel with Piku, she was an explosion waiting to happen and was a stickler for precision and perfection, she could very well be suffering from OCD. But Rana is the only one who sees her niceness and says to all his drivers she's not bad at heart.

As the journey begins, he too begins to understand this family and how they function on a daily basis. Any man could lose his sanity staying with them, Khan almost does and explodes at Bhaskar in one scene, leaving him silent and shocked. But a few moments later, we see him helping the man in successfully taking a dump. He has constipation and feels nothing in the morning. Khan gives some suggestions and they finally work. Bhaskar finally cracks a smile after staying solemn throughout the film! The smile is because of Rana, and not Piku!

This cracker of a film also offered us a very unique love story. Right till the end we don't know whether Piku and Rana have developed feelings for each other or not. Given the character she is, she's not easily impressed and she tells this to him at least twice in the film. It would have been interesting to see Rana's reaction when Bhaskar passed away, he died a peaceful death as he wished and wanted, and all his friends and relatives also celebrate the same instead of being choked.

Is this finale of Piku strikingly similar to Khan? He achieved everything in his illustrious career an actor aspires for, both in India and Internationally. His contribution to Cinema can never be forgotten, and he will always be alive with the characters he left for all of us. We all are collectively mourning, but we also need to celebrate the fact that he also passed away peacefully, leaving tears in the eyes but a smile on the lips!

Next Story : Dress up, cook, cuddle: Janhvi and Khushi Kapoor are sister goals!