Kareena on Instagram debut: I am joining social media for my fans

Look who's the new viral star! It's none other than Kareena Kapoor Khan on social media! 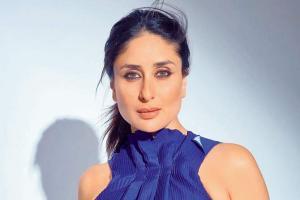 
Even as her contemporaries raked up followers by the millions on their social media handles, Kareena Kapoor Khan maintained a studied distance from the digital world. But, now, her fans have a reason to cheer — the actor is set to make her social media debut with Instagram today. Why did Kapoor have a change of heart, you wonder? "I have always believed in 'Never say never'. The world of Instagram was daunting for me because I didn't want to get addicted to 'likes' on pictures or sharing details of my life. But I realised I have to move with the times," says the actor.

Interestingly, instead of creating a new account, Kapoor has decided to personalise @kareenakapoorkhan that was previously handled by her managers and has over 72,000 followers. "I am joining social media for my fans, who have supported me for 20 years. I want [to share details] of my life with my fans," says the actor.

Well, we're keeping our eyes peeled for her first post — will it be a picture with her son and the Internet's unofficial favourite star Taimur or an on-point selfie with friend Karan Johar? Your guess is as good as ours.

Next Story : Tiger Shroff on Baaghi 3: Used live-action for 90 per cent of film