Alia Bhatt may be busy shooting for Gully Boy, but that she did not even make a late entry to Sidharth Malhotra's birthday bash has not gone unnoticed 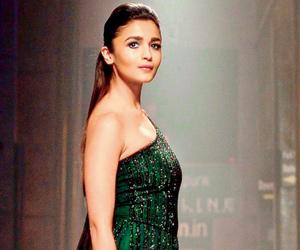 On January 16, Sidharth Malhotra turned 33. The actor brought in his big day on Monday night, which was attended by mentor Karan Johar among others. Conspicuous by her absence was a certain Alia Bhatt. There has been a great deal of gossip about the Student Of The Year (2012) co-stars going their separate ways.

In the past, whenever there was buzz, the two would yet again make an appearance together signalling all is well. Alia may be busy shooting for Gully Boy, but that she did not even make a late entry has not gone unnoticed. We can safely assume that this time the cracks are too deep to be healed.

Next Story : When Sanjay Leela Bhansali had staged Padmavati