Veteran actor Anil Kapoor, who is gearing up for the release of 'Mubarakan', said that they chose the wedding theme for the film as they want actor Arjun Kapoor to get married and they will at least try to get him married first in the family 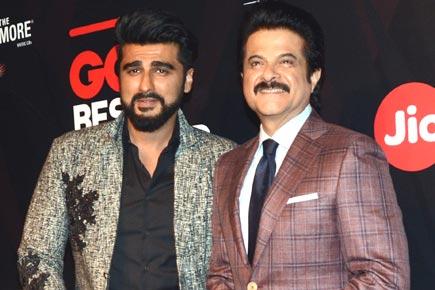 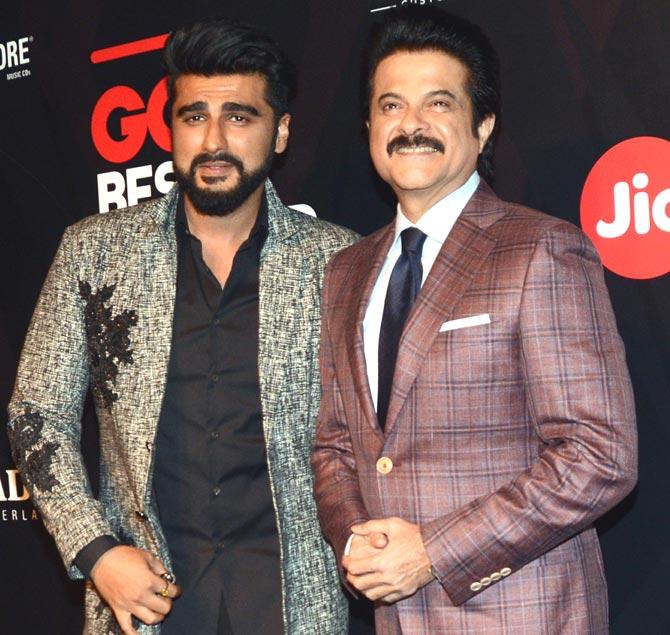 Veteran actor Anil Kapoor, who is gearing up for the release of "Mubarakan", said that they chose the wedding theme for the film as they want actor Arjun Kapoor to get married and they will at least try to get him married first in the family.

"We have taken wedding theme in this film purposely because we want Arjun to get married and now he is the one who wlll get married first," Anil said.

"At least we will try," added the actor, who was present on the sets of singing based reality show "Sa Re Ga Ma Pa Lil champs" here.

To this, Arjun responded: "Yes, definitely! July 28 is my wedding. You all can visit your nearby cinema hall to attend my wedding (referring to his film 'Mubarakan'), which is happening twice with two different girls. So come and check, who is marrying whom."

This is be the first time that Arjun and Anil are sharing screen space together.

Asked about his excitement and nervousness ahead the release of his film, Arjun said: "I am not nervous or excited as it's too early."

"At the moment I am enjoying this phase a lot because though I will continue spending my time with him (Anil), to spend time with you all (media) and with him together, is something which will remain forever in my memory and I will cherish these moments lifetime.

He added: "I will have this for posterity as somebody who has grown up in front of him and looked forward to work with him. All these photographs and bytes are priceless because this kind of opportunity comes to very few people in family to do same profession and work together."

The 32-year-old says for him all the "moments and bytes, are very important which I would love to cherish".

Speaking about the film, Anil said: "'Mubarakan' is a family film. Arjun, Ileana and Athiya are doing some mad things and confusion in the film so it is going to get appreciated by youth and because of that youth will have to watch me as well."

Directed by Anees Bazmi, "Mubarakan" is releasing on July 28.