Apparently, 'MS Dhoni: The Untold Story' makers were denied permission to shoot at the war memorial and forced to find an alternative location 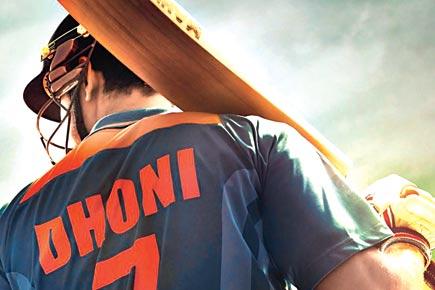 A still from MS Dhoni: The Untold Story


The shoot of Neeraj Pandey's 'MS Dhoni: The Untold Story' is currently underway in Delhi and sources say that the cast and crew had to think on their feet after being denied permission to shoot at India Gate. A still from MS Dhoni: The Untold Story

Says a source, “The makers were planning to shoot a song sequence at India Gate, but they failed to obtain permission from the authorities concerned. As a result, the crew had to scout for an alternative venue.”

While the film's spokesperson was not available for comment, a unit hand confirmed the story, saying: “Yes, the shoot was called off at the last minute, causing a lot of inconvenience to the team. The day's schedule went for a toss, but we managed to find another venue. The song was eventually shot at Connaught Place.”

The next schedule of the film will unfold in Aurangabad with Sushant Singh Rajput, who is essaying the role of the Indian cricket captain, and his reel wife, Kiara Advani. The makers plan to shoot some portion of the film overseas.

Next Story : Ayushmann Khurrana and Bhumi Pednekar to team up again?