Bollywood superstar Shah Rukh Khan has received an honorary degree from the University of Edinburgh, Scotland. SRK also enthralled the audience with his 'lungi dance' on stage at the university 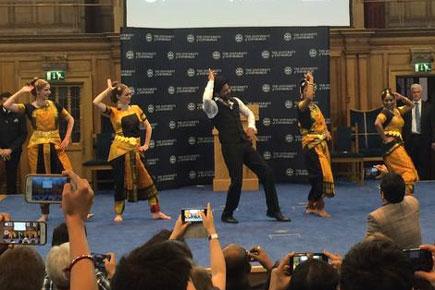 Shah Rukh received the degree of Doctor Honoris Causa from the University Chancellor HRH The Princess Royal in Edinburgh. 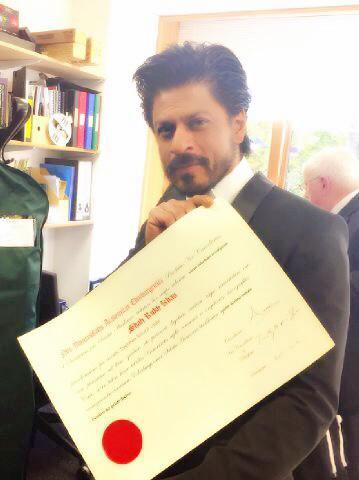 Shah Rukh also enthralled the audience with his 'lungi dance' on stage at University of Edinburgh. 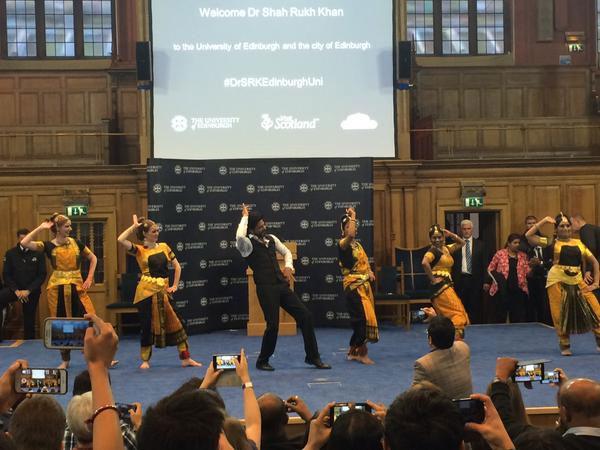 The 49-year-old "Chennai Express" star, who has appeared in more than 80 films, was presented with the degree in recognition of his outstanding record of philanthropy, altruism and humanitarianism and his global reach as an actor.

His charitable work includes bringing solar power to rural villages in India, creating a children's ward at a Mumbai hospital and supporting relief funds to assist areas devastated by tsunamis. 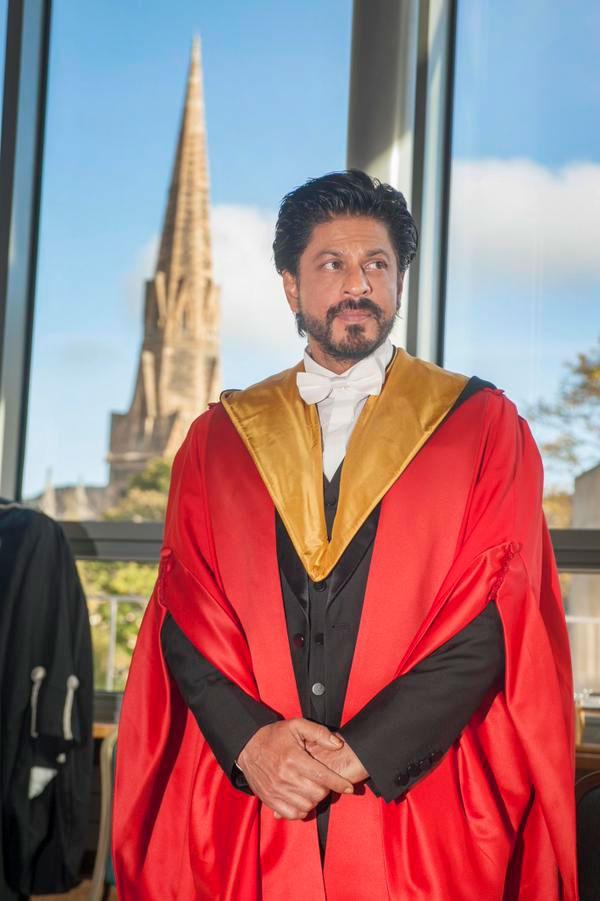 "It is a pleasure to be honoured by the University of Edinburgh and tread in the footsteps of so many of the world's illustrious thinkers, leaders and personalities. To have the opportunity to address one of the most esteemed educational institutions in the world is a special moment," said Shah Rukh after receiving the honour.

"I look forward to the University continuing on its path as a great civic university, demonstrated by its partnership with India, addressing health, academic and research excellence and social justice. I hope that many more of India and South Asia's brightest minds get a chance to learn, think and grow at Edinburgh." 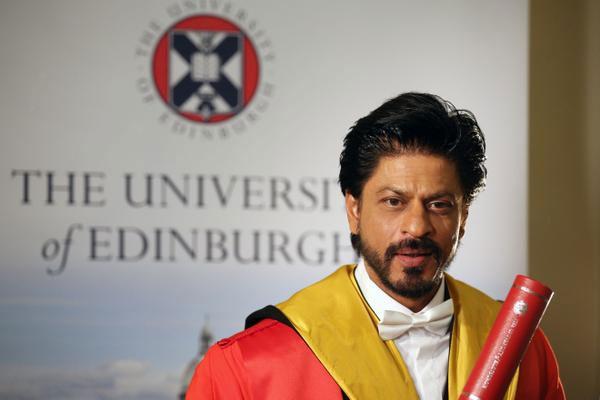 Shah Rukh also gave a public lecture, which was attended by the University's South Asian students.

"It is a great privilege to present Shah Rukh Khan with one of our highest honours, a doctorate of the University."

Next Story : Karisma Kapoor: I haven't decided anything on my comeback