We thought this was going to be a realistic picture about a poor man from a basti taking up a gentleman’s sport, that’s golf. Well, it partly is. About golf? Maybe. Realistic? No 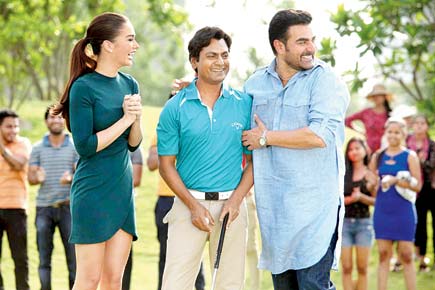 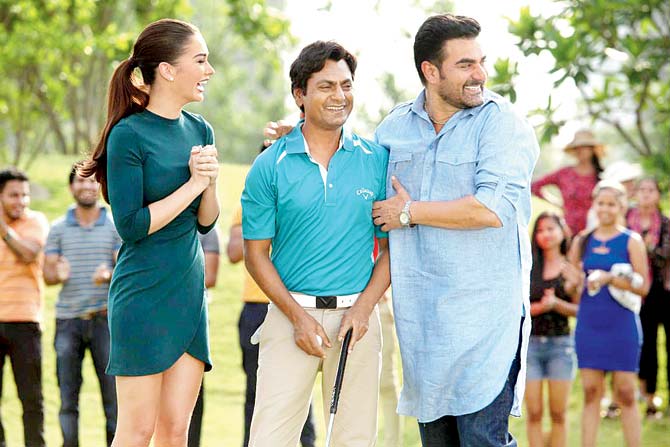 Correct me if I’m wrong, but the last time I saw a white marble statue of Shirdi’s Sai Baba produce a miracle in a movie was probably Manmohan Desai’s Amar Akbar Anthony in 1977. And in this picture in 2016 — if you may. Frickin’ eh! Yup. Except, we thought this was going to be a realistic picture about a poor man from a basti taking up a gentleman’s sport, that’s golf. Well, it partly is. About golf? Maybe. Realistic? No.

Seriously, no matter how inherent your talent, you cannot just show up in a golf course first time on, hit the club against the ball, land a hole-in-one or two, and have the world worship the ground beneath your feet.

Golf, for anyone who’s ever tried it, is as much an acquired skill as it is a sport. And someone does need to teach you the basics — like how to hold the damn club in the first place.

If you were rich enough to afford the green-fee, it’s unlikely that you’d find a bunch of nanga street urchins beating drums and dancing for you at a posh club (even t-shirts without collars aren’t usually allowed).

Okay, I’m not going to let technicalities get in the way of a good story being told. Nobody should. Only that I am still searching for the story, which may even be par for the course — mixing ‘satta’ (punting), with desi dons, banal dialogues, and second-rate, sexist, self-referencing jokes, certainly don’t count.

What does? In this film, the lead actor Nawazuddin Siddiqui does, for sure. I suspect the filmmakers would have chosen the actor before the script itself. There is a latent cheekiness in his persona that only few films have explored so far (The Lunchbox might be one of them). He himself calls it “bhonde wali acting”.

Yeah he’s fun. What about the rich people around giving him lessons on “ameer and gareeb”, while he lands the hottest woman in the club, and the movie goes off course thereafter? Ah, we’re just faking Ali, no? Sadly, yes.

Next Story : Amid wedding rumours, Salman Khan's 'girlfriend' goes back to Romania