Lootcase: The song, Pavitra Party, seems to be the anthem of the year

The makers of Lootcase have unveiled the song Pavitra Party and the track is brimming with energy and madness and seems to be the party anthem of the year! 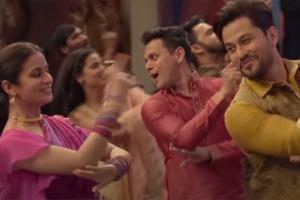 
Less than a week to go for the comedy drama film, Lootcase, which is all set to tickle your funny bones and make sure that you have the best of your time watching it. The audiences have been loving the concept of the story of how one suitcase has turned everyones lives upside down and much more that it promises. The makers have now released a new song and its titles the Pavitra Party, your next hit on the on-loop playlist.

The song starts with a conversation between Kunal Kemmu and Rasika Dugal on how the day Tuesday calls for a Pavitra party. The track gives out such happy vibes as all are seen celebrating the landlords birthday and since its a Tuesday in the movie theyve decided to not pause the fun and enjoy to their fullest.

The lyrics are penned by Shreyas Jain. The song is sung by Nakash Aziz, Keka Ghoshal and Arhaan Hussain Khan. The music directors are Rohan-Vinayak. Have a look at the song right here:

Lootcase will release on Disney+ Hotstar on July 31, 2020 and the story revolves around Nandan Kumar, a middle class family man who finds a suitcase with Rs 10 Crores in a lonely desolate market on his way back from his night shift. However, the dark past of the suitcase catches up and what happens next— Does he fight or take the survival flight? The film boasts off some crackling situations and the trailer promises that the film will be a madcap joyride.

Next Story : Amitabh Bachchan pens a blog on how COVID-19 affects mental health