The glimpses of the song which portrays unconventional love story set in Kashmir, has conquered millions of hearts 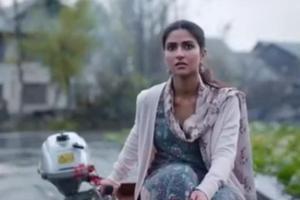 Nai Lagda has been topping the playlists ever since it has released owing to it's soulful music and heart touching lyrics. Touted to be a love Anthem, 'Nai Lagda' showcases the restless emotional journey of Kabir and Firdaus Not just the masses but the song has captivated celebs as well.

Film critic Siddharth Kanan also goes ahead and tweets, "#NaiLagda, the new song from #TheNotebook touches your heart from the 1st beat! Such beautiful melody!".

Notebook has been shot in the exquisite valleys of Kashmir bringing the authentic love story of two lovers Firdaus and Kabir, along with a strong support cast with the child artists, who play a vital role on the story.

Helmed by Nitin Kakkar, Notebook is presented by Salman Khan Films and is a Cine1 Studios Production. It is produced by Salma Khan, Murad Khetani and Ashwin Varde and is all set to hit the screens on 29th March 2019.

Next Story : Kangana Ranaut: Bollywood is classist and so is the rest of the society