Photo of the day! SRK and Salman Khan's 'bhai bhai' moment on bike

This photo of Bollywood superstars Shah Rukh Khan and Salman Khan bonding on bikes is sure to please Bollywood fans! 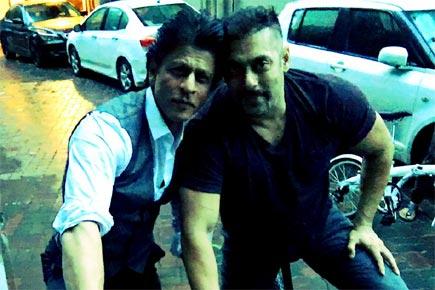 Photo of the day! SRK and Salman Khan's 'bhai bhai' moment on bike


Shah Rukh Khan tweeted a photo on Friday in which he can be seen posing with Salman Khan as they take a break from riding bikes. 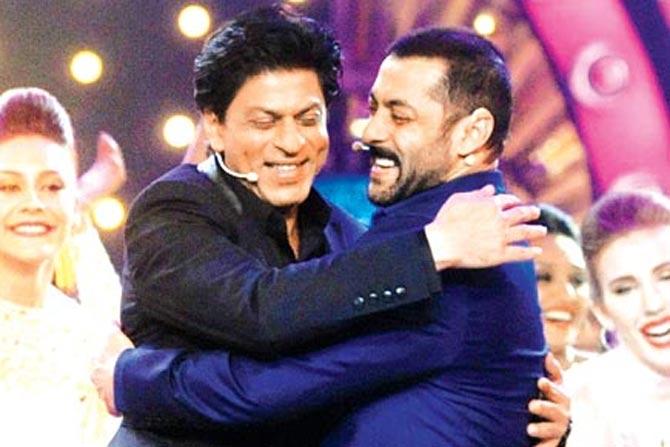 Shah Rukh Khan took to Twitter to describe the moment as 'Bhai bhai on bike bike'! It's sure to make SRK and Salman fans smile!

Check out the photo here:

Do you think this picture can break the internet?

Meanwhile, amid the controversy over Salman Khan's 'rape comments', Shah Rukh Khan says he cannot judge statements made by others as he himself has made some inappropriate remarks in the past.

When asked if Salman should apologies for his comments, the 50-year-old 'Fan' actor said, "In the last few years, I have come to realize that I have made so many inappropriate comments myself. I don't think I am someone to sit in judgment for somebody else's comment. (Read full story here)

Bollywood celebrities including Kangana Ranaut, Anurag Kashyap, Zoya Akhtar and Sona Mohapatra have condemned the 'Bajrangi Bhaijaan' star's remarks, while his brother Arbaaz, Sonu Sood and Subhash Ghai among others have come out in his defense. However, Shah Rukh doesn't believe in taking sides.

Salman's rape analogy to describe the gruelling shoot for his upcoming film 'Sultan' has led to a controversy. Not satisfied with the written reply from the actor, the National Commission for Women yesterday summoned him to appear before it on July 8.

Next Story : Priyanka Chopra's startling revelation: I have never dated