Rumoured lovebirds Sonam Kapoor and Anand Ahuja to get married in April 2018?

Seems that Bollywood is smitten with Anushka Sharma and Virat Kohli's wedding. Another report of celebrity couple getting married is coming our way.Sonam Kapoor's wedding with rumoured beau Anand Ahuja is on the cards 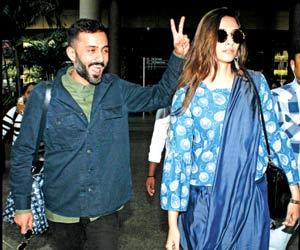 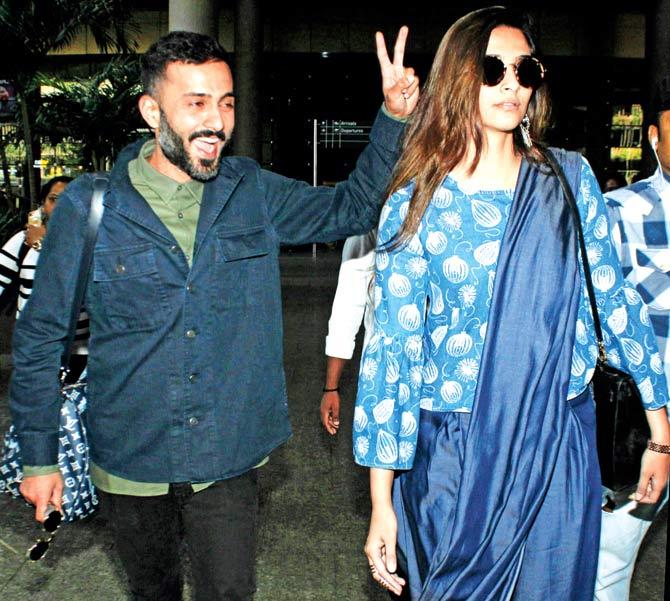 Sonam Kapoor with beau Anand Ahuja at the airport.

Seems that Bollywood is smitten with Anushka Sharma and Virat Kohli's wedding. Another report of celebrity couple getting married is coming our way. It's none other than fashionista Sonam Kapoor's wedding with rumoured beau Anand Ahuja. The couple is likely to get hitched in coming summers.

A Mumbai Mirror report suggests that Anil Kapoor's darling daughter will exchange wedding vows in April 2018. "April it is and in Jodhpur. Sonam and Anand will marry this summer in what is going to be a small, private wedding with 300 odd guests.Although the couple has warded off all rumours about getting married saying celebrity watchers were mistaking the family's preparations for her cousin Mohit Marwah's upcoming wedding for her own nuptials but they can barely hide it any longer," informed a source to the publication.

Although Sonam has never been vocal about her personal life, her adorable Instagram posts with Anand Ahuja are proof enough about their relationship. She celebrated the New Years with her beau and the latter had also accompanied the 'Neerja' actress to receive the National Award for the aforesaid film.
However, there hasn't been any official confirmation from the Kapoors or Ahujas.

Next Story : Ranveer Singh says no to 'Singh Is Kinng' sequel