On the occasion of Ganesh Chaturthi, actor Sanjay Dutt has said that he hopes to lead a peaceful life with his family 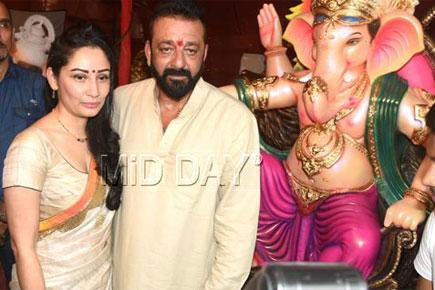 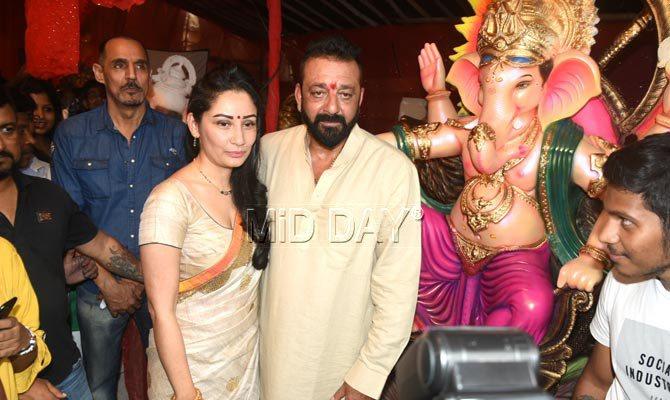 On the occasion of Ganesh Chaturthi, actor Sanjay Dutt has said that he hopes to lead a peaceful life with his family.

The 58-year-old actor, who was accompanied by his wife Maanayata, took part in the Ganesh 'aarti' at T-Series office here.

When asked what would he want from Ganpati, Dutt said, "I want peace in my life now."

The actor has also sung an 'aarti' in his comeback film "Bhoomi", which was was launched today. "I think it was extremely special that 'aarti' was launched today. I feel blessings of Ganpati are on me. I was very nervous to record it. But because of his blessings I did it and all went good," the actor told reporters here.

Dutt said his wife has been bringing the idol of Lord Ganesh home from the time he was in jail for the last two-three years. He insisted on continuing with the tradition.

The Ganpati pandal here was set up like Mumbai of yesteryear, with prominent locations of the city recreated, including Metro cinema, Taj Mahal Palace and Asiatic Library.

Dutt said he hopes his upcoming film "Bhoomi" will go on to become a success.

The actor was also joined by his co-star Aditi Rao Hydari and film's director, Omung Kumar at the event.

"Bhoomi" is scheduled to hit cinemas on September 22.

Next Story : Priyanka Chopra on 'Pahuna' screening at TIFF: A proud moment