Superstar Shah Rukh Khan yesterday invoked the Sanskrit words 'Vasudhaiva Kutumbakam' (the world is a family) as he opened IFFI, attended by Bollywood and other luminaries but plagued by controversy 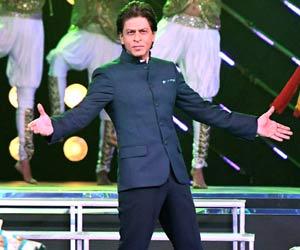 
Superstar Shah Rukh Khan yesterday invoked the Sanskrit words 'Vasudhaiva Kutumbakam' (the world is a family) as he opened IFFI, attended by Bollywood and other luminaries but plagued by controversy. The row over the release of "Padmavati" had members from the film industry urging stars to boycott the International Film Festival of India (IFFI), which also kicked up a furore last week when the I and B ministry decided to drop two films -- "S Durga" and "Nude" -- from the Indian Panorama section. I and B minister Smriti Irani and Goa Chief Minister Manohar Parrikar inaugurated the festival along with Shah Rukh. 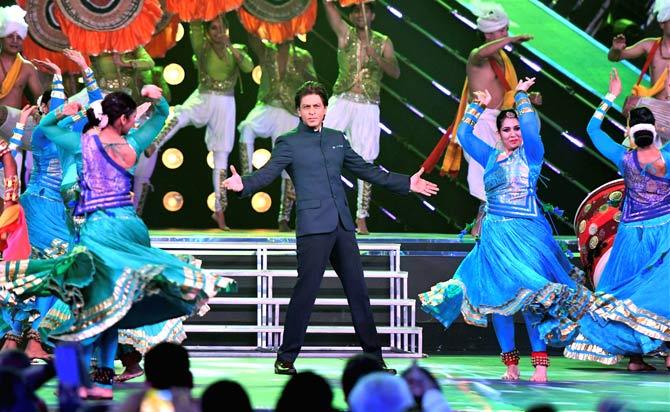 The actor, in his opening remarks said stories and movies connected people. "There is a word in Sanskrit -- Vasudhaiva Kutumbakam. It means bringing the world together like a family. I believe no matter what your language, no matter what country your story comes from and no matter what ideologies, storytelling and listening should be a familial experience," Shah Rukh said at the opening ceremony.

In what seemed like an oblique reference to the ongoing protests over "Padmavati" and the exclusion of the two films, he said, ".... Familial experience binds us all together,
makes relationships stronger even in the face of dissent and discussion as it happens in a family, instead of tearing us apart," he added. The actor said India is the land of "stories, fables, cultural history, religious history, mythology and legends" and these stories give people and hope and inspiration.

"So tonight, it feels absolutely wonderful to be surrounded by storytellers of the world, at the birthplace of stories, that is India." The 52-year-old star said filmmaking is about bringing people together through the shared love for stories. "I think in the last 30 years, I have learnt that films are a symbol of love, and filmmaking is about loving. I don't mean the love stories I have been paddling for years," he joked.

The actor said films are a collaborative art form and are nurtured by hundreds of people, who work "relentlessly" for an idea that they believe in and want to share with the world. "This idea becomes the film that we all watch and sometimes we feel very happy watching it, sometimes we dance along with the film, at times we get angry, disturbed or
agitated, and that exactly is the magic of storytelling. "The magic that has the power to touch all our senses, and in doing so, actually binding us together. The essence of storytelling is incomplete if there is no story listener. I believe storytellers and story listeners are, or should be like a family."