Sooraj Pancholi to put on his dancing shoes; gears up for his 2nd Bollywood film 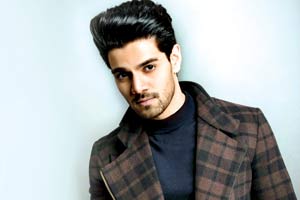 After having struggled to bag a second release following his Bollywood debut with Hero in 2015, Sooraj Pancholi is now aspiring to establish himself with his dancing prowess. Earlier this year, the actor announced a dance venture with choreographer-director Prabhudheva. Now, the actor has greenlit another dance film, which will be written by famed choreographer-turned-director Remo D'Souza.

"I have always been passionate about dancing. When I got to know that the film is based on the art, I was thrilled," Pancholi tells mid-day of the film that rolls in August. A team of UK-based dancers have been roped in to train Sooraj Pancholi. "It has been a month since we began prepping for it. I have been training for four hours a day, and am enjoying the experience. While I am being trained in hip-hop, jazz and contemporary, I am also learning clog dance [performed while wearing wooden soled clogs]," he says.

Pancholi is certain that films of this nature will push the boundaries of the art in India. "This movie has a few exciting sequences that I am looking forward to shooting," says the actor, who announced that he would open a dance academy for underprivileged children across India in January. The team is scouting for a debutant director to helm the venture.