Will Janhvi Kapoor star in Telugu film with Vijay Deverakonda?

Janhvi Kapoor is in talks that she might venture in a south film. More details inside! 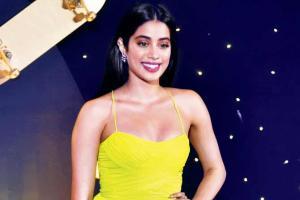 
After Boney Kapoor fulfilled late wife Sridevi's dream to produce a Tamil film, there's talk that daughter Jahnvi Kapoor might also venture South. Buzz is that she is in talks for a Telugu film with Vijay Deverakonda. What has further fuelled rumours is that Kapoor had expressed her fondness for the Arjun Reddy (2017) star on Karan Johar's talk show Koffee With Karan.

Janhvi Kapoor will be making her web debut with Netflix's upcoming show Ghost Stories. She started filming in Mumbai on Monday, August 19, 2019. This film-omnibus will see four of India's coveted directors helm individual stories in the horror/supernatural genre. The stories - directed by Karan Johar, Zoya Akhtar, Dibakar Banerjee, Anurag Kashyap - will be thematically connected to each other and culminate in a hair-raising end. Janhvi Kapoor said, "I am thrilled to work with Zoya as a part of Ghost Stories. I have been a huge fan of her incredible body of work and it's been a dream to work with her. I play a challenging character and can not wait to bring it to life with this film. I'm a massive Netflix fan which makes this project even more special to me."

Kargil Girl starring Janhvi Kapoor in the lead role is based on the real-life story of Gunjan Saxena. She was the first woman combat aviator who entered the war zone in the 1999 Kargil War. Angad Bedi plays Janhvi's on-screen brother in the film. As she is all set to step into the brave pilot's shoes, her look has already made quite a buzz on social media. Said a source to mid-day earlier, "Janhvi's look from the film has taken the social media platform by storm and has everyone talking. While audiences are used to seeing her in glamorous avatars, she is sans makeup and sports a messy bun in her look as the pilot posted in Kargil during the 1999 war. While everything was highly guarded, the few who managed to catch glimpses of Janhvi in her avatar were shocked to see her carry it off with such confidence. In fact, a source present reveals that everyone on the sets of the shoot, including the poster designer told Janhvi that she nailed the look and audiences will be surprised to see her in a role like this as it's so different from her look in Dhadak"

Janhvi Kapoor will also be featured in Karan Johar's magnum opus Takht, which has been one of the most awaited movies for the cine buffs. The film features an ensemble cast of Ranveer Singh, Kareena Kapoor, Vicky Kaushal, Alia Bhatt, Anil Kapoor, and Bhumi Pednekar, along with Janhvi. Takht kicks off in February 2020 with a start-to-finish schedule. 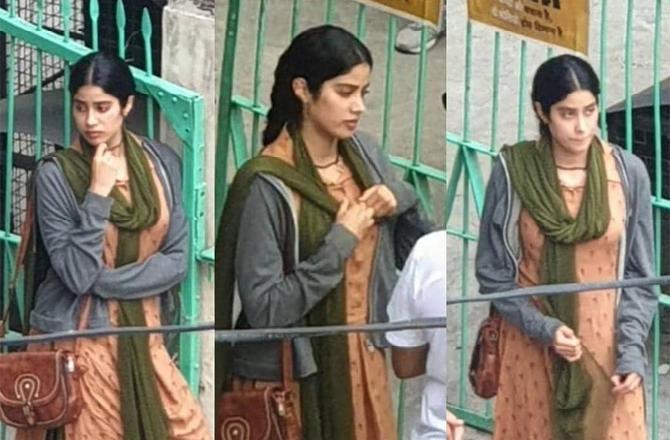 Janhvi Kapoor will star opposite Rajkummar Rao in Roohi Afza. She is said to be playing a double role of Roohi and Afza. The film revolves around a singing ghost who puts grooms to sleep so it can possess their brides. Every time there is a wedding in town, local women come together to keep the groom awake through the first night in a bid to avoid the wrath of the ghost.

Janhvi is also a part of Karan Johar's Dostana 2. Talking about the same, KJo, in an officially released statement, said, "I am excited to take the Dostana franchise forward with Kartik and Janhvi, and can't wait to create some desi boy-girl madness with them. This is Dharma Productions' first film with Kartik and we are looking forward to working with him. We will also be introducing a new male lead, who will join the incredible talent at our production house. Collin D'Cunha also makes his directorial debut with Dostana 2."

Next Story : Twinkle Khanna shares school memories to raise a social cause