Yami Gautam says while she wants all her films to do well at the box office, it is respect as an artiste that she seeks the most 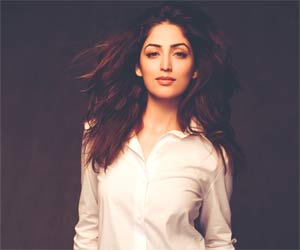 Actress Yami Gautam says while she wants all her films to do well at the box office, it is respect as an artiste that she seeks the most.

Asked if box office collection matters to her more or the audience's appreciation, Yami told IANS: "There's a Rs. 100 crore, Rs 200 crore, Rs. 300 crore... There is no limit now to the number game, but obviously I want my films to do well. As an actor, you want your films to reach out to as many people as possible and you want them to love it.

"With 'Kaabil', what happened is that it not only did well at the box office, but the kind of respect it garnered that is very special for us as a team. That is something I wish to achieve." Yami is currently busy with her upcoming film "Batti Gul Meter Chalu", which also stars Shahid Kapoor and Shraddha Kapoor.

Next Story : Ashwni Dhir: Pakistani actors must speak up against terrorism