Aamir Khan and Shah Rukh Khan in an ego tussle?

Aamir Khan apparently avoided liaising with SRK and chose to get his 'pk'. trailer attached to 'Happy New Year' through exhibitors. But, no-more-a-friend Ajay Devgn had no such inhibitions 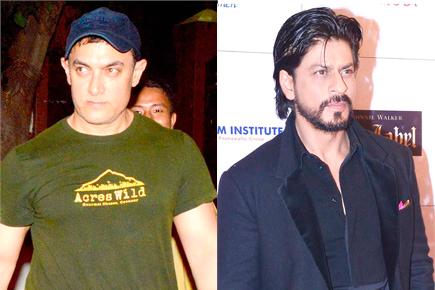 
Industry grapevine is abuzz with talk that Aamir Khan has managed to attach the theatrical trailer of his upcoming film, P.K., to Shah Rukh Khan’s Diwali release, Happy New Year, without exchanging a single word with the latter. 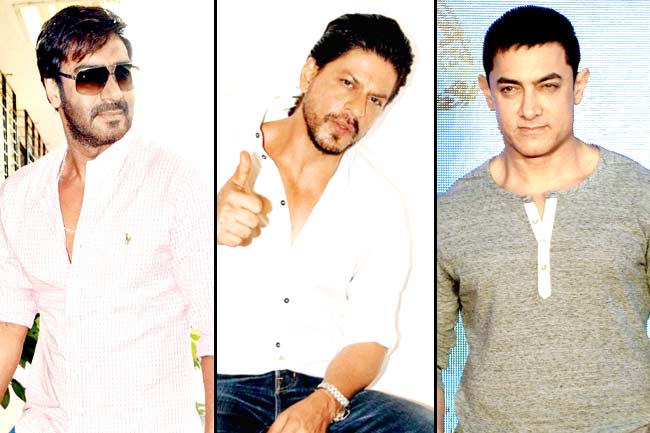 A source close to Aamir said that he has chosen to bypass SRK and is directly going to multiplexes for the trailer. “Aamir was very keen to have the trailer released on Diwali like he did in case of his previous films such as Taare Zameen Par, Ghajini and 3 Idiots. But then he did not call up Shah Rukh with the request. Instead, he has got it done by speaking to the exhibitors,” the source added.

An industry insider revealed that Aamir was initially offered to release the trailer of P.K. with the Shahid Kapoor starrer-Haider. However, Aamir wanted to tie up with a bigger film and it seems he has strategically chosen Shah Rukh’s Happy New Year. In 2008, Shah Rukh’s Rab Ne Bana Di Jodi released on December 12, while Ghajini came out on Christmas. During the promotions of his film, Aamir had got the theatre ushers to shave their heads like his look in Ghajini. So, when the audience would go to watch Rab Ne Bana Di Jodi, they would also come across Ghajini promotions in the same theatre.

“However, P.K.’s first poster was supposed to release with Kick but since he is friends with Salman, he decided to launch the poster of his film 10 days later,” the source added.

The spokespersons for SRK’s Red Chillies Entertainment and Aamir Khan Productions remained unavailable for comment. On the other hand, Ajay Devgn, who is known to share icy vibes with Shah Rukh, recently called him up, requesting to attach the trailer of his upcoming film, Action Jackson, with Happy New Year. And the wish has been granted. Dibakar Banerjee’s Detective Byomkesh Bakshi is also slotted to release with the SRK-starrer.

“Ajay called Shah Rukh a few days ago with the request and he agreed. The duo had a fallout when Ajay filed a case against Yash Raj Films in 2012 but it seems that the cold war is ending now,” said a source.

The relationship between the two actors reportedly turned sour during the release of Shah Rukh’s Jab Tak Hai Jaan (JTHJ) and Devgn’s Son of Sardar in 2012. The latter was said to have accused Yash Raj Films of using their dominant position in the industry to get more screens for JTHJ. However, the trailer Happy New Year was attached to Rohit Shetty’s Singham Returns, which starred Ajay, as the director has a cordial relationship with SRK.