Abhishek Bachchan: Being a part of Anurag Basu's Ludo was no-brainer

Abhishek Bachchan says the decision to work in the Anurag Basu-directed film, Ludo, was a no-brainer for him because he has always admired the works of filmmaker Basu. 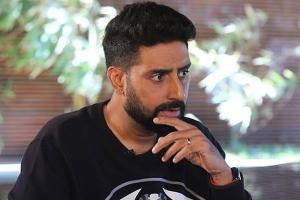 
Actor Abhishek Bachchan says the decision to work in the Anurag Basu-directed film, Ludo, was a no-brainer for him, because he has always admired the works of filmmaker Basu.

"Dada is somebody whose work I have admired for many years and we have been trying to work together. So, it was a no-brainer for me to do this film. I think in life, it's also very nice sometimes just to take a leap of faith and it's nice to just do the work that takes you back to your training," Abhishek said, during a virtual interaction with the media to promote the film.

Addressing Basu during the event, Abhishek said: "You don't brief your actors and you want them to be very instinctive and you want them to react as naturally as possible. That's your process. I really liked the way you have made the film. I think it's such a pure and clean film. I feel the heart of the film is in its right place and I think that's because you have managed to put a wonderful team together of great actors. I am fortunate to share screen time with these actors and this film has happened because all of us have blind faith in you."

Next Story : Preity Zinta: I have become a COVID-19 test queen