Aayat Shaikh is a renowned face in Hindi Film and entertainment industry and has done lot of music videos with Zee music, T-Series and many more well known major labels in the industry 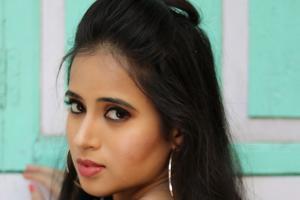 
Bollywood Actress Aayat Shaikh is the latest name in the news who has joined the star cast of Pratyush upadhyay's upcoming movie Covid-19 based on Corona pandemic under the banner of Innocent Virus Films.

Aayat Shaikh is a renowned face in Hindi Film and entertainment industry and has done lot of music videos with Zee music, T-Series and many more well known major labels in the industry, Web-series like Secret Santa with Innocent Virus Films, Short films and one Punjabi movie which is also starting soon.

Aayat has recently done a music video with Jonita Gandhi which is released on music Platform Zee-Music. 'Bin bole baby tu' is a commercial party song of Zee Music Company which is sung by Jonita Gandhi & Rapper Perry-G, and is Performed by Aayat Shaikh.

Talking about Aayat's role in Innocent Virus films's Covid-19, she plays an investigating journalist who is instrumental on solving the mystery behind this pandemic. Producer Pratyush upadhyay says this is a very challenging role and we are confident that Aayat will be doing complete justice to the character with her great acting skills and confidence. https://instagram.com/innocentvirusfilms?igshid=tqvw8jqgghtn

Beauty with the brain is a phrase that is proved by many leading ladies. But have you ever came across a young teen wonderfully manifesting her talent of Acting and modelling? Some people actually attain a lot at a very young age and she is a prominent example of the same.

We wish all the best to Aayat and team of Covid-19 and wish they achieve tremendous success .