Adil Hussain: Society is in a state of regression

Bollywood actor Adil Hussain feels that society instead of progressing is presently in a state of regression and politicians should act immediately to put an end to incidents such as the recent Dadri lynching. 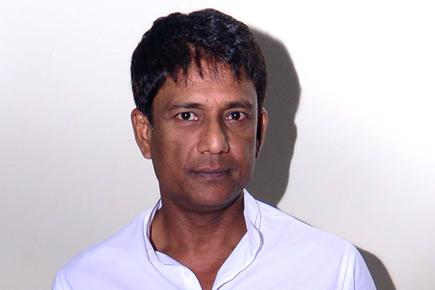 
Bollywood actor Adil Hussain feels that society instead of progressing is presently in a state of regression and politicians should act immediately to put an end to incidents such as the recent Dadri lynching. "It is extremely distressing to hear about the lynching.

How can one human being kill another human being. If you want to politicise the issue, you can do. But then for me it is a human point of view," Hussain said.

The critically acclaimed author was in the city to participate in the five-day CMS Vatavaran festival, refereed to the recent incident in Dadri where a man was killed over rumours of alleged beef consumption.

"You are regressing instead of progressing. Politicians should behave themselves and make sure that these kind of incidents do not happen in the future. The Dadri incident reflects a total lack of love and empathy," Hussain told PTI here.

The actor, who has worked in international films such as "The Reluctant Fundamentalist" and "The Life of Pi" hailed the festival and said any initiative to spread awareness about environment is less.

"Any initiative on the environment awareness is less. No matter how much we do is, it is not enough. We have a deep rooted habit of how we behave. These include simple habits which are created in childhood. Our understanding of the environment has to be profound," Hussain said.

Following his love for nature and environment, the actor said he plans to make a film titled 'Bolia Haathi' (The Rogue Elephant) based on a story written by Atul Anand Goswami. The film portrays the relationship between an elephant and a human and explores how one could possibly cultivate sympathy for the other.

"It is my dream to make this movie which is based on a story that I had read 20 years back. The film is at the scripting level and producers are also ready. But the only problem that we are facing to get permission to shoot with an elephant.

The actor said he was being assisted in the shoot by Parvati Barua, who has received an UN award for her work with elephants.

The 52-year-old actor said it was important to take the environment film festival to different parts of the country.

"It is not only important to take it all over the country but in every blocks of districts along with the capital cities. The government should telecast these films not only on Doordarshan but also spend some money and allow the private channels to telecast it and spread awareness," he said.

Next Story : A R Rahman: People living abroad need to know about Indians