Trolled for his remark about the Hollywood biggie, Student Of The Year 2 star Aditya Seal clears the air 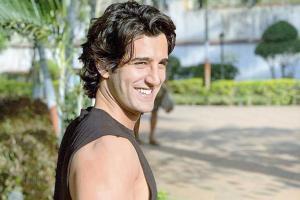 
It has been a mixed week for Aditya Seal whose Student Of The Year 2 (SOTY 2) hit theatres last Friday. While he was appreciated for his rich brat act in the Tiger Shroff starrer, the actor also found himself being trolled for speaking about his movie and the Marvel franchise, Avengers, in the same breath.

Clearing the air, Seal says, "I wasn't drawing a comparison between SOTY 2 and Avengers, I was misquoted. I had said that people are giving us flak saying that these type of colleges [as depicted in SOTY 2] don't exist. So I said that Avengers takes the audience into a world that doesn't exist, but they believe it because the makers make you believe it. With SOTY 2, we too are trying to create a different world. I don't know why people started comparing Avengers and SOTY2. It was an inference, not a comparison."

The trolls aside, the youngster — who could not leave a mark with his previous outings, Tum Bin 2 (2016) and Namaste England (2018) — admits that the Punit Malhotra-directed venture has put him in the spotlight. But the film was expectedly riddled with criticism, including that both Seal and Shroff looked a tad old to pass off as college students. "It's a fun film and we were hoping the audience would not get into technicalities. We tried to do as much justice as we could — I cut down on my size, as did Tiger. I also got rid of my facial hair."

Next Story : Tiger Shroff: Dance-off with Hrithik Roshan will be tough