How Aishwarya, Abhishek will surprise Amitabh Bachchan on birthday

mid-day has now learnt that contrary to reports, Bollywood superstar Amitabh Bachchan will be taking off on a family holiday to Maldives 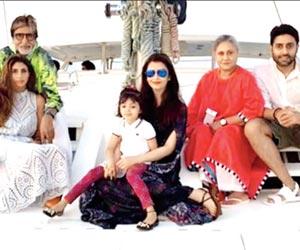 The Bachchans during their Maldives vacation in 2016


Amitabh Bachchan's 70th birthday bash in 2012 was a grand celebration befitting the shahenshah of Bollywood. As we inch closer to the megastar's 75th birthday on October 11, reports suggested that he would be hosting a sit-down dinner for the who's who of Bollywood at Film City. However, mid-day has now learnt that contrary to reports, Bachchan Sr will be taking off on a family holiday to Maldives. 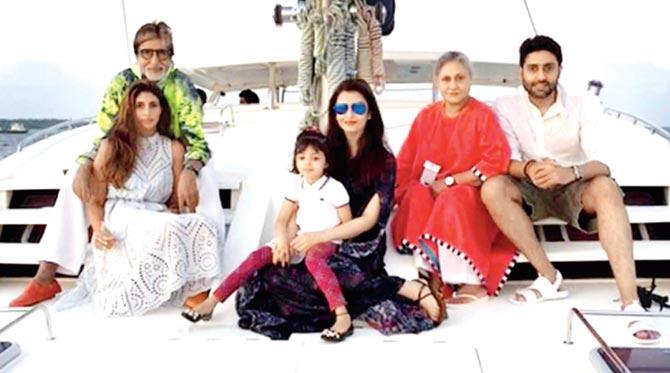 The Bachchans during their Maldives vacation in 2016

Says a friend of the superstar, "The entire Bachchan clan, including Shweta Bachchan Nanda and her children Navya Naveli and Agastya, will be heading out to Maldives on October 10. Abhishek and Aishwarya have planned a week-long celebration and supervised all the arrangements. Aaradhya has designed a special hand-painted card for her grandfather. They will ring in his birthday with fireworks, cake and wine."

We hear Big B was certain that he wanted his birthday celebration to be a private affair this year. Considering it would be difficult to stay away from prying eyes in the city, the family decided to make a holiday of the occasion. When it came to zeroing in on the destination, the family members unanimously decided on Maldives. Turns out, their Maldivian trip to celebrate Abhishek's 40th birthday in 2016 turned into a love affair with the exotic island country.

"They had enjoyed the Maldives trip so much that they decided to re-visit it. They will be putting up at the same hotel that they stayed in, during Abhishek's birthday. In fact, Abhishek has planned a yacht party for the whole family again," adds the friend. They have taken time off from their respective work commitments to be part of the celebrations. "Aishwarya will shoot for Fanney Khan for a week before heading out on the break. Big B has also intimated the team of Kaun Banega Crorepati about his impending holiday."

View Photos: 'Bigg Boss 11': Here's A List Of All Contestants Inside The House

Next Story : Amitabh Bachchan gets into argument with 'Thugs of Hindostan' director?