Anupama Banerji talks about the film Shakuntala Devi and how it essays the life of her mother and her zest for life, and her multifaceted personality! 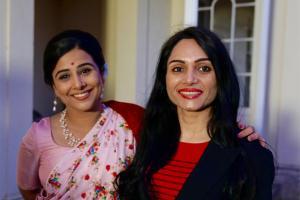 
Viewers and fans across the world are eagerly awaiting the global premiere of 'Shakuntala Devi' on Amazon Prime Video. The anticipation has been evident since the launch of the film's trailer, which had to be advanced by hours due to the overwhelming response to the exclusive trailer preview. 'Shakuntala Devi' is the first Indian language biopic to make its global premiere exclusively on Prime Video and stars National Award-winner, Vidya Balan as Shakuntala Devi, who was famously referred to as the "human computer" for her ability to do incredibly fast calculations.

Directed by Anu Menon and produced by Sony Pictures Networks Productions and Vikram Malhotra (Abundantia Entertainment), the biographical drama also stars Sanya Malhotra, who will be seen playing the role of Shakuntala Devi's daughter with whom the genius enjoyed a complicated but extraordinary relationship. Actors Jisshu Sengupta and Amit Sadh also essay pivotal roles in the film. The screenplay is written by Anu Menon and Nayanika Mahtani, while the dialogues are penned by Ishita Moitra. Prime members in India and more than 200 countries and territories worldwide can watch the highly anticipated biopic from July 31.

"Creating Shakuntala Devi has been such a delightful and exhilarating experience as we discovered the legend's incredible journey and so many aspects that we just had no clue of! There was so much more to her than what we have seen or read about her!" Anu Menon said, "We spent almost three years talking to Anupama Banerji - unwrapping the many, many layers of her mother's story! Anupama and her husband, Ajay Abhaya Kumar were so open and honest. We got to understand Shakuntala in a really special, intimate way - through the eyes of a daughter! We not only found the story of an amazing genius but also a beautiful love story between a mother and a daughter!" 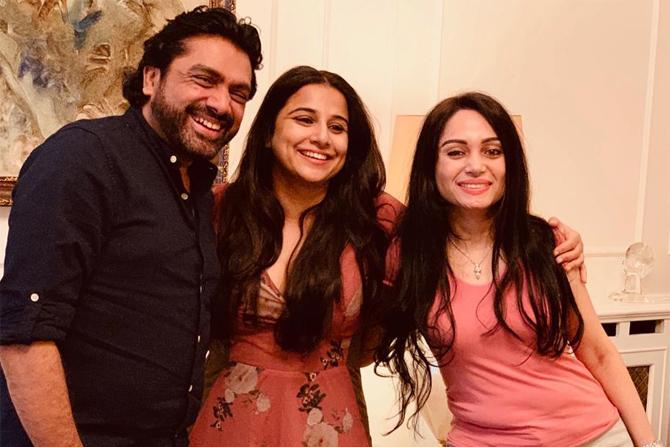 "Ajay (Abhaya Kumar) - my husband, and I felt an instant connection with Anu Menon and Nayanika Mahtani - and knew we could trust them with capturing the essence and spirit of my incredible mother!" Anupama Banerji, said, "We are thrilled that Vikram Malhotra and Abundantia took up the project and gave it life. Ajay and I couldn't have asked for better producers. I am also glad that I had the opportunity to significantly input into the development of the script - because while my mother's love and passion for maths is well-known, she was also multifaceted - always wanting to do new things, travel to new places, live life to the fullest!"

Exclusive Interview - Vidya Balan: I was hurt with comments from people I thought were my friends

She added, "There was never a dull moment around my mother, she was always the life of a party, loved cinema, singing and dancing, enjoyed dressing up, had the largest group of friends - across the world! In short, I'm happy that the film has managed to capture her energy, laughter and zest for life! I am looking forward to the film's release and I am certain that viewers will enjoy learning so much more about my mother."

Next Story : Ranvir Shorey tweets about the ways of abusing power in Bollywood