Arjun Kapoor on Panipat: Wanted to remain loyal to my story

Attempting his first-period drama in Panipat, Arjun Kapoor explains why he didn't seek Ranveer Singh aka Bajirao's advice for his Maratha warrior act 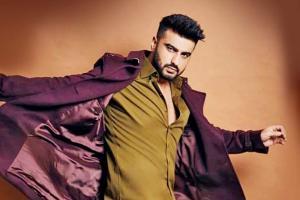 
"I was surprised by the love the trailer received. I always keep my expectations modest," chuckles Arjun Kapoor as he discusses his first-period drama, Panipat. Known to have a deep understanding of market realities, the actor asserts that he greenlit the project to explore the forgotten Maratha history.

"This film starts off at the point where Marathas were ruling India. No one knew that they controlled the Mughals, who paid taxes to them. I loved that I knew so little about this story," says Kapoor, alluding that he walked into the universe created by Ashutosh Gowariker as a novice. Shaving his head was only the first step towards becoming Sadashivrao Bhau. "I worked with a diction coach, and looked the part. But it was harder to perfect the character's vulnerabilities. [What was] his personality like? Was he in love with Parvati Bai? I discovered him through this movie." 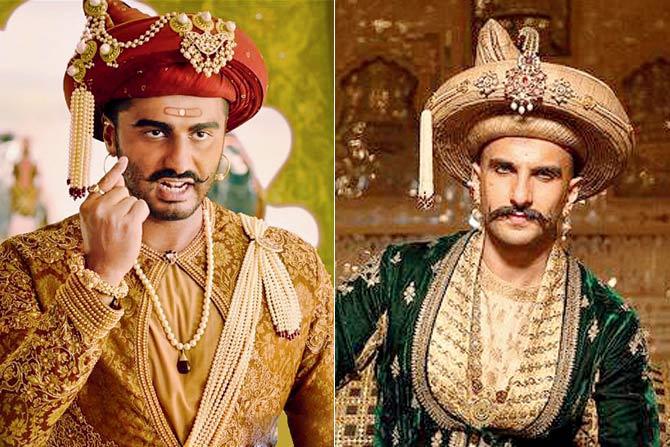 (From left) Kapoor in Panipat; Singh in Bajirao Mastani

His peer and close friend Ranveer Singh had won acclaim for his portrayal of Maratha general Bajirao Peshwa in Bajirao Mastani (2015). Did he exchange notes with Singh before slipping into the part of Bajirao's nephew? "Ashu sir and Sanjay sir [Leela Bhansali] make magnum opuses, but they have different temperaments. Here, I respected my director's temperament. I wanted to remain loyal to my story. Ranveer would have given me his point of view [that would be derived from] Sanjay sir's understanding. I have tremendous respect for Ranveer's work. But this film didn't require me [to seek his advice] because Bajirao and Sadashiv are from different eras."

In the years that they have known each other, Singh has risen to become one of the biggest stars. What effect does stardom have on their friendship? "He still gatecrashes my dubbing, sends long voice messages after watching my songs and kisses me on the cheeks. Our connection remains unaffected. I tell Deepika [Padukone, Singh's wife] that I am her souten. We have been consistently warm."

Next Story : Shilpa Shetty Kundra to star in Priyadarshan's Hungama 2