Baaghi 3: Dus Bahane is shot at these three picturesque locations

After releasing intriguing posters and trailer, the next asset from Tiger Shroff and Shraddha Kapoor's Baaghi 3 which will be the first track, Dus Bahane will be out soon! 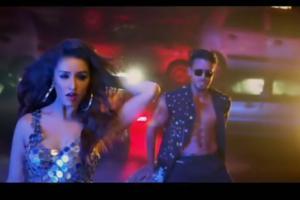 Tiger Shroff and Shraddha Kapoor in a still from the song. Image courtesy: Instagram/@tigerjackieshroff


Tiger Shroff and Shraddha Kapoor's Baaghi 3 has been making noise for all the right reasons. The makers have kept the audience on their toes by releasing intriguing posters and behind-the-scene videos. Last week, they released the trailer of the upcoming action film which was appreciated by all. Now, the makers are all geared up for the release of the first song from the film, Dus Bahane.

The song, Dus Bahane which is a glamorous dance number was originally composed by musicians-composers Vishal and Shekhar for the movie Dus (2005). Even for Baaghi 3, the duo will be recreating the classic song which still features high on our playlists. Not just that, the recreated version of the song will also be a visual delight since it has been shot in the beautiful locations of Mumbai, Rajasthan, and Serbia.

Earlier on Tuesday, the duo gave us a glimpse of the upcoming song. Sharing a teaser of the number, Tiger wrote, "Get ready to lose yourself to the most badass party song of the year. #DusBahane 2.0 coming out tomorrow.

Shraddha also shared the teaser on her social media handle. Take a look:

Baaghi 3 is the story of two brothers, one is a Police Officer and the other is a rowdy ruffian. The elder one is played by Riteish Deshmukh, who gets kidnapped in Syria when he flies to the country for some paperwork. It's now on Shroff to channel his Rambo mode and save his brother from an entire country, even if it comes at the cost of wiping it out from the world map.

Next Story : After getting pulled up by NGT, Bob Biswas makers take prompt action