Bhula Dunga, featuring Sidharth Shukla and Shehnaaz Gill, is finally out. Take a look at the video! 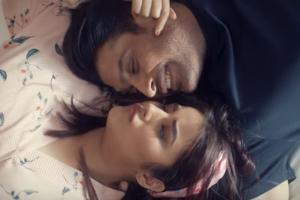 A still from Bhula Dunga


Thanks to Bigg Boss 13, the audience had gone crazy for contestants Sidharth Shukla and Shehnaaz Kaur Gill's chemistry inside the house. Fans had even created the hashtag #SidNaaz, and everyone was rooting for this cute couple to actually be a couple once they were outside the house.

While they may not be dating currently, the BB13 pair has starred in a lovey-dovey music video and fans can't keep calm! The video of their song, Bhula Dunga, was just dropped, so take a look at it below:

Sung and composed by Darshan Raval, the lyrics of the song have been penned by Gurpreet Saini and Gautam Sharma. The video features heartthrob Sidharth Shukla and 'Punjab ki Katrina' Shehnaaz Kaur Gill going through all the motions and emotions of being in a passionate relationship.

The couple sure looks pretty good together in the video, and we're sure their fans would agree with us on this!

Sidharth Shukla and Shehnaaz Gill made waves and headlines thanks to their antics and PDA on Bigg Boss 13. The couple was widely regarded as one of the cutest on television, and fans across the country wanted them to get together in real life.

Well, what did you think of Bhula Dunga? Is SidNaaz' chemistry something exciting?

Next Story : Vivek Agnihotri to sell his paintings and raise money