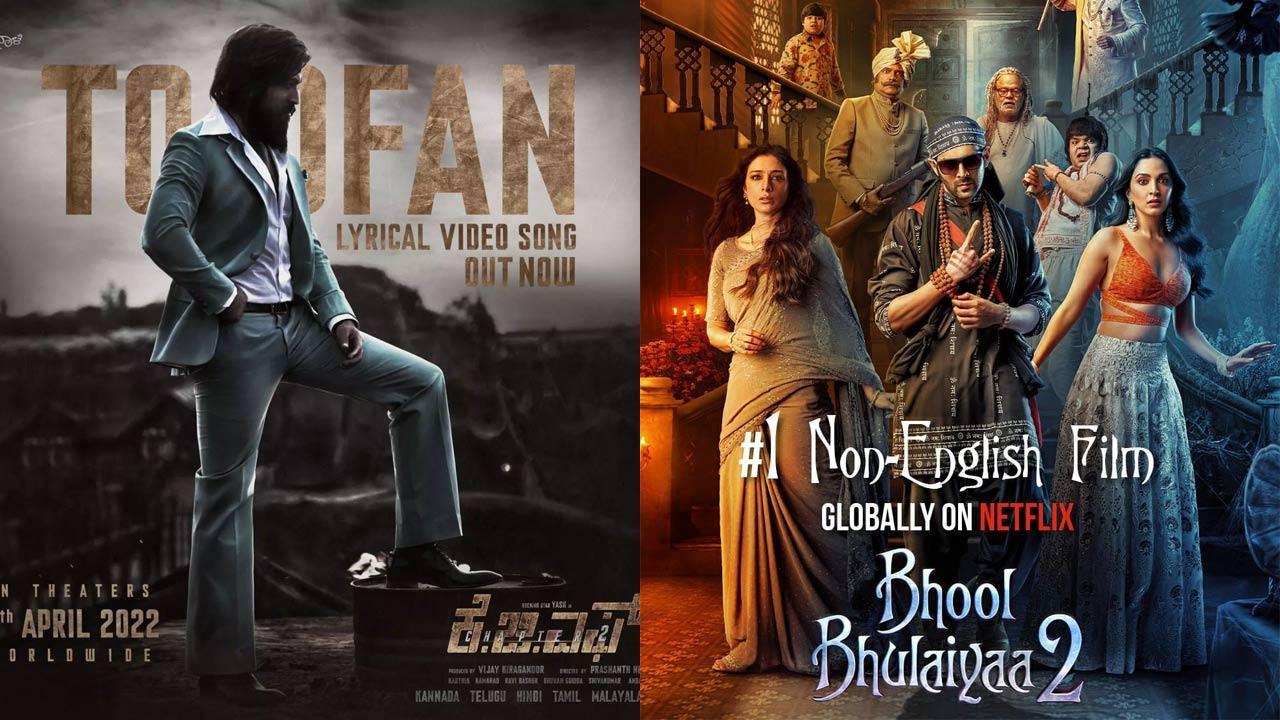 
The pandemic changed the game for Hindi content. Stars, and users too, were under the impression what’s working on mobiles and televisions would also resonate on celluloid. It was anything but. With a majority of the films biting the bust, a handful of them have saved the day, two of them being dubbed juggernauts. Here’s how the success of Hindi films looks like in the first half of 2022:

Chapter 2 made more money on day 1 than the first chapter made in its lifetime. It was hysterical and historic. The Hindi version alone crossed more than Rs. 430 crore and it’s now officially the second most successful Hindi film of all time after Baahubali: The Conclusion. None of them are Hindi films. Wait. People now prefer to gaze them as Indian films. Congratulations!

The Hindi film industry described the success of this Vivek Agnihotri directorial as the biggest success story since Jai Santoshi Maa in 1975. Made at a meager budget of around Rs. 16 crore, it collected a staggering Rs. 251. 75 crore in its theatrical run. The viewers described this film as intense and absorbing.

Alia Bhatt’s film made Rs. 126.51 crore at the box-office. Sanjay Leela Bhansali’s fetish for anguish takes a leap forward with his latest opus about a woman who was pushed towards a dungeon and who even dazzled in darkness

There’s nothing like a happy Sanjay Leela Bhansali film. They are a whirlwind of emotions that range from serendipity to swelling highs to sorrows. In his latest opus Gangubai Kathiawadi, his fetish for anguish takes a leap forward about a woman who was pushed towards a dungeon and who even dazzled in darkness.

The eponymous character is essayed by Bhatt, whose naïveté, both on reel and in real, neatly camouflages with the gullibility of the girl. Deception by a loved one lands her in the horrific world of flesh trade and the girl is transformed into a woman within a year. There’s something about Bhatt and her aching destiny that lands her in the darkest of places on celluloid, and how she’s transformed into someone she never knew she could be. After Highway and Raazi, this could be her trinity of overwhelming transformation

And at the hands of Bhansali’s craft, even the desolate world of Kamthipura gets a grand and gargantuan touch. No character can rise or fall if not for the characters around, and Gangubai Kathiwadi shines with its ensemble. It’s both ironic and intriguing that a film about darkness actually dazzles from start to finish.

Of course, Kartik Aaryan had the time of his life playing a character required to play to the gallery and commit to the slapstick buffoonery in all the comical and uninhibited ways. He laughed, the audiences laugh, and so did the box-office. It’s currently at Rs. 185 crore and counting. It’s the biggest success of the leading man’s career and all eyes of Shehzada now.

The film, staying true to its name, rose, revolted, and roared in India and abroad. The Hindi version alone made over Rs. 251 crore at the box-office. Perhaps the biggest success of this SS Rajamouli opus was that the filmmaker never allowed the legend of his previous work overshadow the essence of his latest.